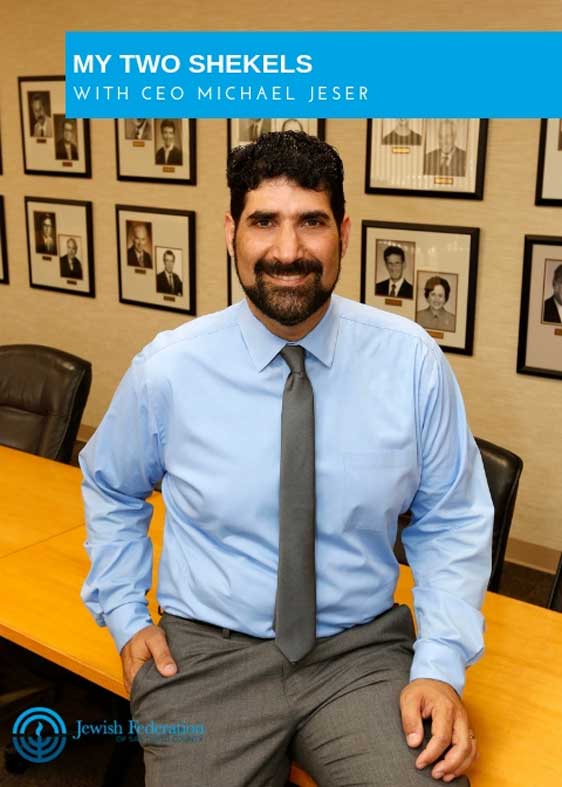 Last Monday, 83 Ethiopian Jews landed at Ben Gurion Airport near Tel Aviv, realizing their dream to move to our Jewish homeland. It was only last October that the Israel government approved a plan to bring 1000 members of the Ethiopian community to Israel as part of what is called Operation Yehudith.

The 83 “olim chadashim” (new arrivals) were welcomed by Isaac Herzog, Chairman of the Executive of the Jewish Agency for Israel. Many were reunited with first degree family members who arrived in Israel over the past several decades. While we have witnessed this scene before, it still moves me to tears as we can see their faces of joy, hope and excitement to finally be in their ancestral homeland of Israel.

With significant support from our local Jewish Federation and Federations around the United States, The Jewish Agency for Israel (JAFI) facilitates Aliyah (immigration to Israel) and Klita (absorption) of Jews from around the world, including those from Ethiopia. According to JAFI, “In November 2015, the Israeli government passed a decision to allow family reunification for the remaining 9,000 Falashmura community members waiting for Aliyah to Israel, and The Jewish Agency worked to implement the decision. By the end of 2017 about 1,300 had been approved and immigrated, and approximately 8,000 remained in Ethiopia. In October 2018, the government decided to bring another 1,000 members of the community who already had close relatives living in Israel.”

One year ago, an Ethiopian girl, Fentanesh Gasasa, arrived in Israel and was placed in one of JAFI’s 10 Immigrant Absorption Centers dedicated to Ethiopian immigrants. Having lost her mother at the age of 6 in Ethiopia, and taking responsibility to help raise her younger sister, Fentanesh was identified by Absorption Center staff as someone with exceptional leadership abilities and an extraordinary sense of compassion. She is now part of an elite leadership training program in Northern Israel. Fentanesh acknowledges the difficulties of life as an immigrant, including her continued sense of responsibility to be the “mother” of her younger sister. In her words “I live for my sister. I always do everything I can to encourage her to succeed, especially because she’s grown up without a mother since she was 3 years old. Neither of us were old enough to know our mother before she passed away.” Fentanesh shares that because of the support she received from the Absorption Center and our partners at JAFI, her life was forever changed upon her arrival in Israel.

JAFI-supported Immigrant Absorption Centers are vital to the integration process for new immigrants like Fentanesh. The San Diego Jewish Federation, and our community, has invested heavily in Absorption Centers like this, including major investments in The Ibbim Center in the Sha’ar Hanegev Region for more than a decade.

We are so very proud to partner with The Jewish Agency and provide opportunities for any Jew who wants to return home to Israel to do so. To this day, immigrants continue to come from all over the world and help shape the rich Tapestry of life in Israel.  None of this would be possible without YOUR support of Federation.

I’m consistently in awe of this miraculous experiment of statehood and peoplehood. This most recent news is yet another example of Israel’s humanity and ability to inspire, care for and provide opportunities for all Jews to connect to our Jewish homeland. We are reminded that we are all connected, that we are all part of a global Jewish people. We are mishpacha. We are family.

Thank YOU, our supporters, for helping these members of the Ethiopian community realize their dream. Thank you to The Jewish Agency for Israel for all you have done and continue to do to enrich the Jewish people and the State of Israel. We join you in welcoming these “olim” home.

Click on the above video to watch the powerful homecoming.