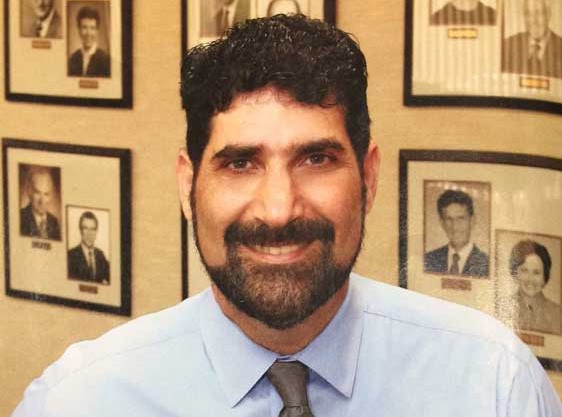 I turned 43 this past week. Birthdays are a time to celebrate and, for me, they are an occasion to look back at my life and at some of the events that helped to shape who I am as person.

My particular birthdate, January 28th, happens to fall around a time when we commemorate and recall some tragic and seminal events in Jewish and American history. For example, on my 10th birthday, the space shuttle Challenger exploded just 72 seconds into its flight, killing all members of the crew. I remember the event vividly, watching the shuttle break up on TV feeds that were featured around the world. And 17 years ago this week, we remember the murder of journalist Daniel Pearl at the hands of Al Qaeda terrorists in Pakistan.

The day before my birthday, January 27th, is International Holocaust Remembrance Day. This day marks the anniversary of the 1945 liberation of the Auschwitz-Birkenau death camp. It is a day to remember the Jewish victims of the Holocaust and millions of other victims of Nazism. On that day, Facebook feeds and email inboxes were flooded with touching messages of commemoration and memory as we marked the 74th anniversary of that moment in Jewish and world history.

Aside from the proximity of January 27th to my birthday, this year’s commemoration took on an even deeper personal meaning for me. On my birthday itself, I was in New York City having dinner with an old friend who I traveled to Poland and Israel with on the “March of the Living” in 1994. While I joined the voices of others commemorating International Holocaust Remembrance Day, I also had the occasion to think about how that unique transformational experience on “The March” 25 years ago helped to shape who I am today.

I reminisced with my friend about what it was like walking alongside the destroyed crematoria in Auschwitz-Birkenau, which mechanized the slaughter of 1.1 million Jews. Part of a group organized by Jewish National Fund – where my father served as the National Campaign Director – I remember standing next to the mound of ashes that made up the memorial at Majdanek Death Camp that took 800,000 lives in less than a year. This immersive experience forever changed my life and played an integral role in my decision to pursue a career working in the Jewish community.

Parts of my life then AND now continue to collide as I remember traveling with the current national chair of JNF and longtime San Diegan, Dr. Sol Lizerbram. I wonder if Dr. Lizerbram even realizes this year is the 25th anniversary of that trip and his role as San Diego Region Chair of JNF. I had the privilege of sitting with him and his wife, Lauren, at the recent JNF “Love of Israel Brunch.”

I’m obviously grateful to my father, Dr. Lizerbram, and to the many other donors and leaders who made that “March of the Living” experience possible for me and countless others. How amazing to have things come full circle like this. That I get to lead an organization that supports teens who want to go on the “The March” means so much to personally and professionally.

I’m proud that YOUR Federation is subsidizing three teens to go on this year’s March of the Living. I am inspired by the prospect that 25 years from now, these teens, and thousands of others, will be expressing their gratitude for their community’s investment in them that shaped the direction of their life.