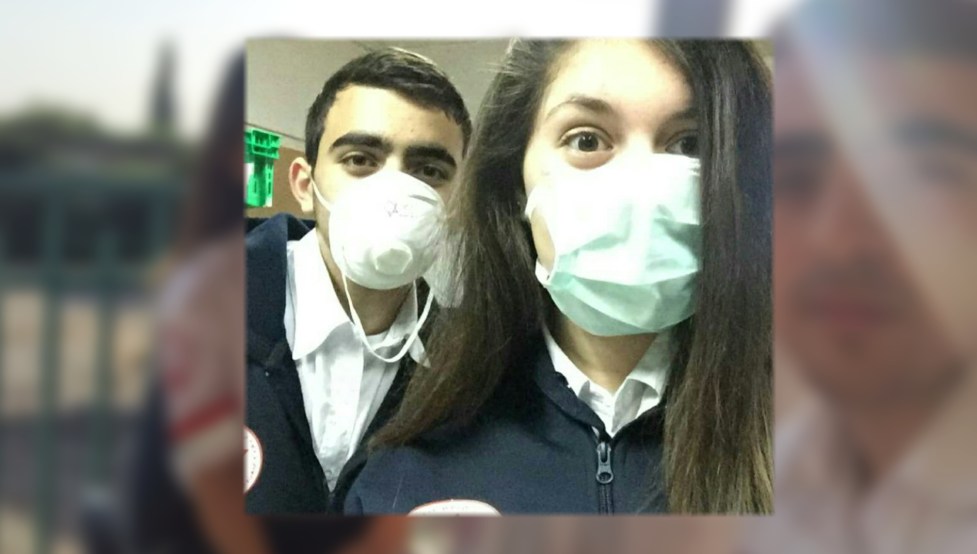 From a young age we’re told that in giving to others we receive far more in return. For Israeli teenagers Noam Shitrit and Noam Eliaz their gift has been a revelation.

The astonishing maturity and commitment of these 17-year-old volunteers for Magen David Adom have earned them a place among this year’s winners of the World ORT Gina Harmatz Award for Social Responsibility, which recognises students who display extraordinary levels of kindness, generosity and compassion.

They have both been trained to deal with mass casualty incidents and regularly have to put their skills into practice as members of ambulance crews.

But it was when they treated a Palestinian child who’d been badly burned by a Hamas rocket launched from his house in Gaza that they gained a deeper understanding of the conflict.

Both students grew up in Gush Katif and were among more than 8,000 Israelis who had to leave their homes as part of the country’s unilateral disengagement from Gaza in 2005.

A decade later they were called to an emergency at the Gaza border just one mile from Kibbutz Yad Mordechai where they attend World ORT-affiliated Shikma High School. They assumed they would be treating a wounded terrorist. Instead they found a 10-year-old Palestinian boy in shock from his wounds and terrified by the prospect of being put into the hands of Jews.

“It was only when we took him to the ambulance and started treating him that he understood we were trying to help him,” the two Noams wrote in their submission to World ORT’s Gina Harmatz Award adjudicating panel.

He spoke to us in Arabic, his father translating, and in this way we talked all the way to the hospital. His father thanked us a lot for our help. He told us that Gaza residents like him don’t want wars – it’s Hamas and the other terrorist organisations which don’t want peace. It was then we realised that Israelis and Gazans have the same goal – peace and coexistence.

“You have demonstrated care for the needy, a rather rare phenomena in today’s materialistic world. Helping others improves the quality of life for both – giver and receiver. It is a win-win situation and we are proud to be part of it! For the ORT family this award is a way to show its appreciation to you for acting as a role model for many others.”