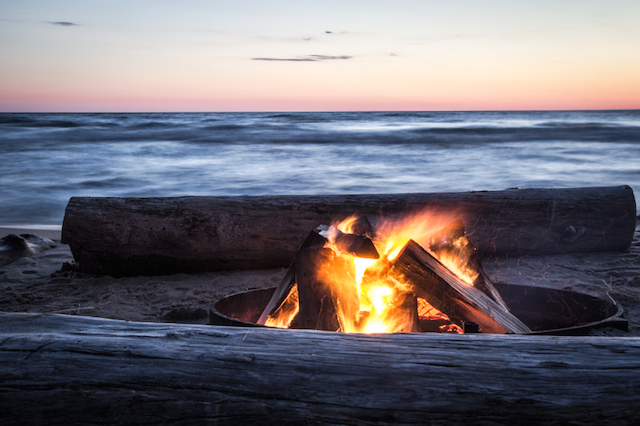 Lag B’Omer is a minor holiday that occurs on the 33rd day of the Omer, the 49-day period between Passover and Shavuot. A break from the semi-mourning of the Omer, key aspects of Lag B’Omer include holding Jewish weddings (it’s the one day during the Omer when Jewish law permits them), lighting bonfires and getting haircuts.

There are a few explanations why we celebrate Lag B’Omer, but none is definitive.

The Omer is a time of semi-mourning, when weddings and other celebrations are forbidden, and as a sign of grief, observant Jews do not cut their hair. Anthropologists say that many peoples have similar periods of restraint in the early spring to symbolize their concerns about the growth of their crops. But the most often cited explanation for the Jewish practice comes from the Talmud, which tells us that during this season a plague killed thousands of Rabbi Akiva‘s students because they did not treat one another respectfully. The mourning behavior is presumably in memory of those students and their severe punishment.

According to a medieval tradition, the plague ceased on Lag Ba’Omer, the 33rd day of the Omer.  (The Hebrew letters lamed and gimel which make up the acronym “Lag” have the combined numerical value of 33.) As a result, Lag Ba’Omer became a happy day, interrupting the sad­ness of the Omer period for 24 hours.

The Talmudic explanation makes most sense when put into historical context. The outstanding sage Rabbi Akiva became an ardent supporter of Simeon bar Koseva, known as Bar Kochba, who in 132 C.E. led a ferocious but unsuccessful revolt against Roman rule in Judea. Akiva not only pinned his hopes on a political victory over Rome but believed Bar Kochba to be the long-awaited Messiah. Many of his students joined him in backing the revolt and were killed along with thousands of Judeans when it failed. The Talmudic rabbis, still suffering under Roman rule and cautious about referring openly to past rebellions, may have been hinting at those deaths when they spoke of a plague among Akiva’s students. Possibly, also, Lag B’Omer marked a respite from battle, or a momentary victory.

A completely different reason for the holiday concerns one of Rabbi Akiva’s few disciples who survived the Bar Kochba revolt, Rabbi Simeon bar Yohai. He is said to have died on Lag Ba’Omer.

Rabbi Simeon continued to defy the Roman rulers even after Bar Kochba’s defeat, and was forced to flee for his life and spend years in solitary hiding. Legend places him and his son Eleazar in a cave for 12 years, where a miraculous well and carob tree sustained them while they spent their days studying and praying. When they finally emerged, Simeon denigrated all practical occupations, insisting that people engage only in the study of Torah . For this God confined the two to their cave for another year, accusing Simeon of destroying the world with his rigid asceticism.

But Rabbi Simeon’s otherworldliness resonated with mystics in his own time and later, so much so that tradition ascribes to him the Zohar, the key work of the Kabbalah (although critical scholars attribute it to the 13th-century Spanish kabbalist Moses de Leon). And in Israel, on Lag Ba’Omer, people flock to the site of his tomb in the village of Meron in the Galilee, near Safed, where they light bonfires and sing kabbalistic hymns. Hasidic Jews follow the custom of bringing their 3-year-old sons to Meron to have their hair cut for the first time. (The custom of not cut­ting the child’s hair until his third birthday, when it is done in a ceremony called an upsheren, is probably an extension of the law that forbids picking the fruits of a newly planted tree during its first three years.)

Unrelated to Rabbi Simeon, the kabbalists also give a mystical interpretation to the Omer period as a time of spiritual cleansing and preparation for receiving the Torah on Shavuot. The days and weeks of counting, they say, represent various combinations of the sefirot, the divine emanations, whose contemplation ultimately leads to purity of mind and soul. The somberness of this period reflects the seriousness of its spiritual pursuits.

Finally, on yet another tack, some authorities attribute the joy of Lag Ba’Omer to the belief that the manna that fed the Israelites in the desert first appeared on the 18th of Iyar.

Though its origins are uncertain, Lag Ba’Omer has become a minor holiday. (For Sephardic Jews, the holiday is the day after Lag B’Omer.) Schoolchildren picnic and play outdoors with bows and arrows — a possible reminder of the war battles of Akiva’s students — and in Israel plant trees. It is customary to light bonfires, to symbolize the light Simeon bar Yohai brought into the world. And every year numerous couples wed at this happy time.