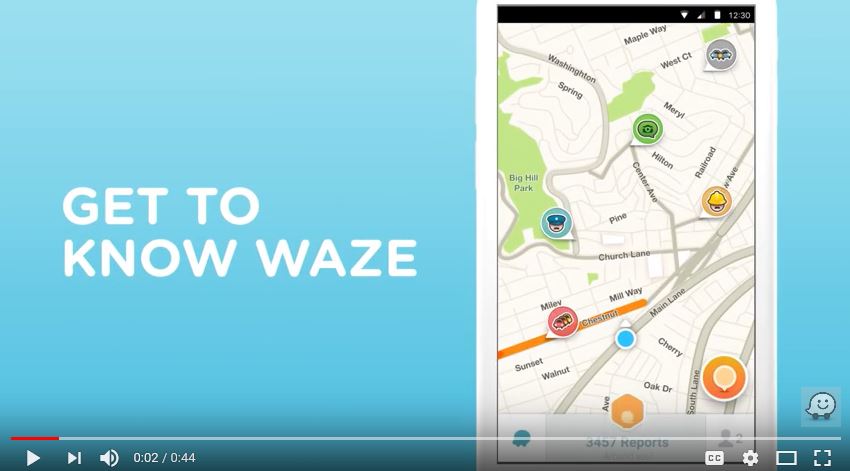 Ehud Shabtai wanted to get from place to place quickly and without asking for directions. His wife bought him a GPS device, but he found so many annoying flaws in it, so he started mapping Israel, first alone and then with a community of 1,500 drivers, and within four years he and his partners had created the start-up company Waze, the most promising Israeli application since the ICQ.

Waze is a free GPS navigation application for smartphones.  Most users use it while connected to the internet in order to load the most updated maps and information, though it is possible to load the data and then use the maps offline. The software works collaboratively and is updated by the community so that when new information is obtained from a user, the software delivers it to the rest of the users – updated roads, landmarks and house numbers, as well as traffic alerts or obstacles on the road.

Today companies like Apple and Facebook want to buy the app and Apple itself offered a bid of $400 million, which is really cool.

Waze proved to be more than a handy, personal device, when it helped North American residents find nearby gas stations after Hurricane Sandy hit New Jersey and New York and created a serious gas shortage. The Wazers (Waze users) only needed to drive around and update the application and thus give the rest of the population real-time information on the shortest routes and even the shortest lines and other important data at the local gas stations.