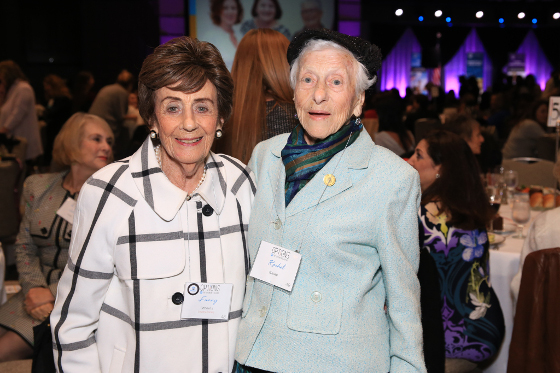 OPTIONS, the Jewish Federation’s annual signature event for women, was underway, with more than 850 of San Diego's Jewish women enjoying the afternoon, and the power of women and sisterhood.

For three of the attendees - they couldn’t have imagined the incredible experience they would have that day.

“Last year was the first time I attended OPTIONS, mostly because of the advertised lineup of speakers.” commented Marilyn Growe-Sulkes.

“I went by myself and had a wonderful time. I was seated next to some lovely women, several of whom were around my mother's age. I was also pleased and impressed to see the number of mothers and daughters who were attending together, so when I received this year’s invitation, I decided to invite my mother to join me.”

Marilyn’s mother, Rachel Growe, is from Oak Park, Michigan, and winters in San Diego. While the ladies were enjoying lunch, someone at their table learned that Rachel is a holocaust survivor.  A flag immediately went up in her mind, because she is a friend of another survivor, Fanny Krasner Lebovits, who happened to be sitting at the very next table.  She introduced Rachel to Fanny, and the two ladies were stunned to find out their common bond.

"It was very surprising to meet another Holocaust survivor because we are so old and there are so few of us left,” Rachel remarked. “What made it even more incredible was the fact that Fanny and I had both spent time in the Polish concentration camp called Stutthoff, although we were not there at the same time. You see, the Germans moved us around all the time. I was liberated by the Russians while on the terrible "Death March" in the bitter cold of winter.”

Fanny Krasner Lebovits, a longtime San Diegan who for many years has taught about the holocaust by sharing her own experiences, had a similar reaction.  “It was a tremendous surprise to meet Rachel.  I didn’t know her, but she was at Stutthoff, once and I was there twice. It was my great honor and pleasure to meet another survivor of the horror when we had both come to OPTIONS.”

Fanny commented on the fact that OPTIONS provide the perfect antidote to the memory of the Holocaust. “I loved seeing young women who came to OPTIONS to support Jewish people in San Diego, Israel and around the world.  Many of these will be the future leaders of our community.”

Rachel echoed these feelings of hope and encouragement. “I was very excited to see so many Jewish women of all ages at OPTIONS, and I’m proud that this great event is held to raise money to support Federation’s important work.” 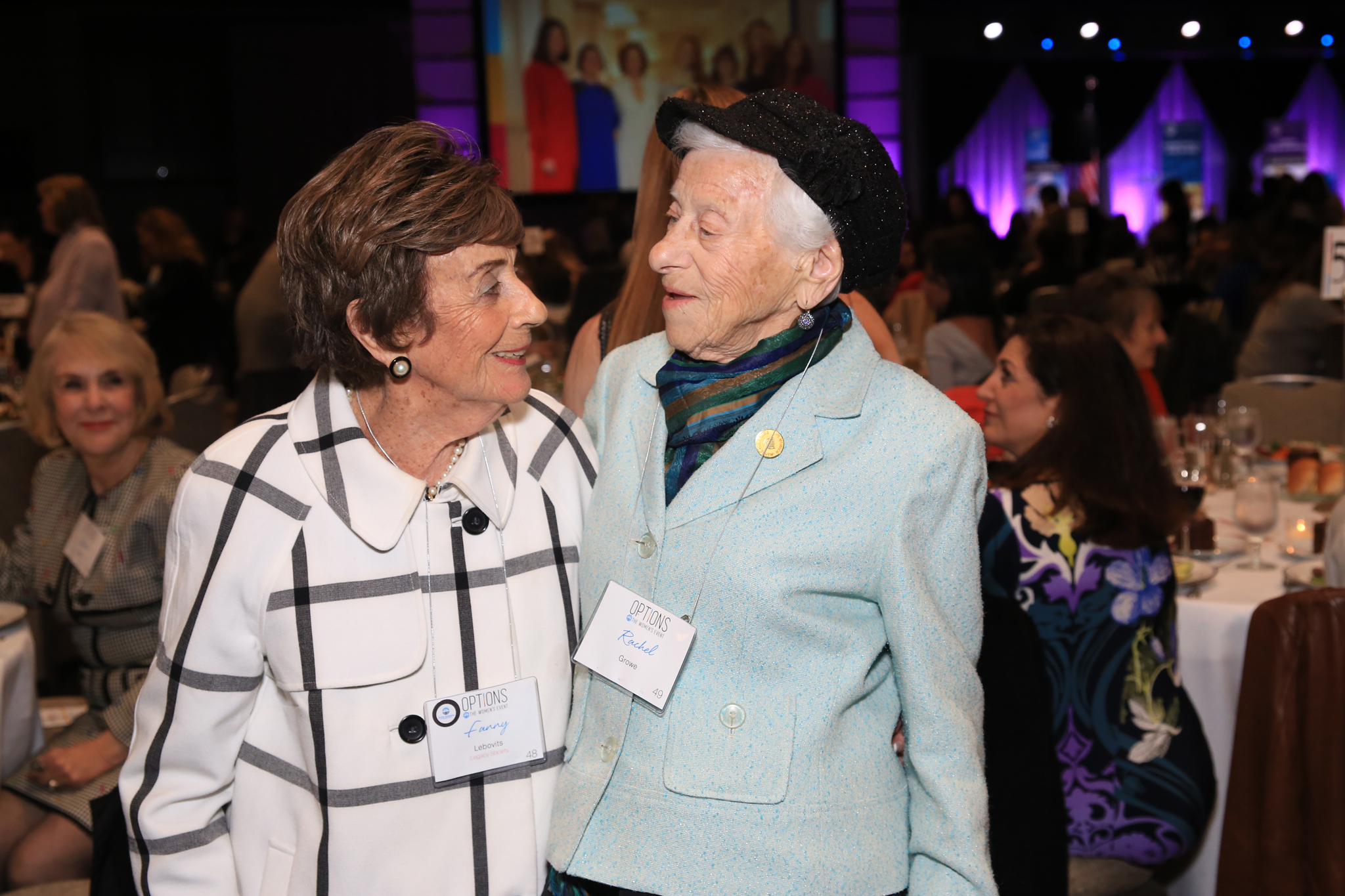