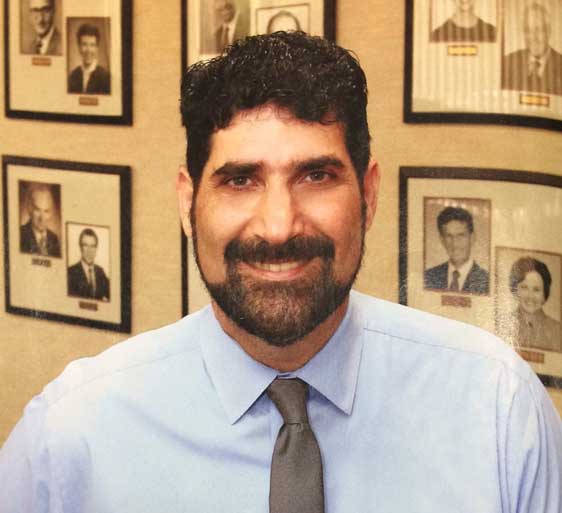 In 1999, a year after graduating with my Bachelor’s from the University of Arizona, I spent nearly a year living and doing volunteer work in Israel. Think ‘Israeli Peace Corp’ for North American Jews. The arch of the program was as follows: Three months living in an Immigrant Absorption Center studying Hebrew and learning about Israeli society on the periphery of the country; three months living in development towns working in community centers (Israeli JCCs) and teaching English in Israeli elementary schools with at-risk and immigrant youth populations; one month on an army base volunteering with paratroopers and tank units; and then three months on a kibbutz folding laundry, picking bananas, and deseeding dates, etc. … Cliché? Maybe. Fun? Definitely!

Upon our arrival beneath the hot August sun in Jerusalem, our group of 75 Americans kicked off the 14th year of Project Otzma. Formerly run by the national Jewish Federation office, but no longer in existence today, this incredible program transformed the lives of hundreds of young North Americans, many of whom are now working professionally in the Jewish world. For me, the experience solidified and cemented a life-long love affair with Israel, with the language, and with her people. Unlike previous Israel trips I was part of, where I was exposed to Israel’s ‘hot spots’ and ‘must see’ tourist locations, Project Otzma exposed me and my friends to some of Israel’s internal challenges. Home hospitality introduced us to and helped us build relationships with ‘every day’ Israelis who lived throughout the country, including in regions that were (are) more isolated and unknown.

In the early months, my group was marooned into what is, today, well-known as being on the ‘front lines’ of the Israeli-Palestinian conflict – the Sha’ar HaNegev region. At the time, this felt more like an isolated, even sleepy, part of the country with few English speakers and its fair share of economic and social challenges. We lived in the Immigrant Absorption Center ‘IBIM’ (known to our own San Diego Jewish Community) for those first three months. We shared the bucolic and somewhat pristine grounds of IBIM with hundreds of recent immigrants from the former Soviet Union, most of whom were teenagers and young adults who preceded the Aliyah of their parents. We learned that our partners at The Jewish Agency for Israel (JAFI) brought the younger Russian-speaking Jews first based on the belief that their successful absorption would lead to greater success absorbing their parents.

An intentional part of the program’s design, the trip organizers wanted us to understand the foundational role Israel played in gathering and absorbing immigrants from all over the world. In many cases, these immigrants settled in peripheral towns or in areas like Sha’ar HaNegev that are farther from the center of the country, presenting unique challenges to how these immigrants were absorbed into Israeli society.

We learned about high unemployment rates, economic issues, and racial and cultural divides, and were challenged to understand these realities while also marveling at the miracle of this place. On the one hand, it is extraordinary that Israel absorbed roughly 1,000,000 immigrants in the 1990s (nearly 20% of the total population). On the other hand, it is no surprise that there have been undeniable and unique challenges to the infrastructure of this small country – in a very tough neighborhood – that continue to challenge immigrant communities. A core element of the program’s design also reflected the belief that to learn about Israel is not just to visit its markets, float in the Dead Sea, and hike in the Galilee. Our educators wanted us to get to know Israel from the inside out. To get to know people from all backgrounds and from around the world. We were left to ‘fend for ourselves,’ to figure out how to get by with limited guidance and handholding. The truth is that this experience left an indelible mark on many of us, still today.

I have some seriously romantic memories of living in this region. The families I met were warm. They embraced us. They shared openly and honestly about their hopes and dreams for the future. I recall getting into pretty heated arguments about politics with Iraqi taxi drivers and Moroccan shop keepers, only to be thanked and hugged and appreciated for making the decision to spend that time in my life in Israel. I felt like I was with my own long lost family. The whole notion of what it meant to be part of a family expanded and grew for me. The concept of diaspora melted away, at least for a while.

Despite the aforementioned economic and social challenges of the past, this region has always been, in my mind, a beautiful and rich part of Israel’s story. Sadly, it is all too often known today for the security challenges it faces. This region borders the Gaza strip, which is only a few kilometers away from where I sit right now. Just 24 hour ago, Israeli jets attacked Hamas targets in Gaza in response to a rocket attack that struck a home in Beer Sheva, just over 20 miles from here. Sadly, we continue to read about kite arsonists, rockets, and other threats to the local civilian population. And, yet, despite these challenges, this part of the desert has indeed bloomed and achieved incredible things.

This is where our own Jewish Federation of San Diego County enters the story. For two decades, our community in San Diego and our Jewish Federation has invested in educating, supporting, engaging, and enriching the lives of citizens throughout this region. San Diego families have built life-long relationships with families in this region. Our community has supported and has a deep appreciation for remarkable and inspiring change agents who continually enrich lives here on the ground.

Today, I had the opportunity meet with visionary and passionate leaders from programs like the Yachdav Senior Center, which provides vital social and educational opportunities for seniors throughout the region; Sha’ar HaNegev High School, where students from throughout Israel come because of the school’s philosophy to embrace curiosity and to develop real thinkers; and SouthUp, an exciting economic development and entrepreneurial program that helps support young people to launch new startups.

I started this blog with the title “A Tale of Two Regions.” In 1999, I recall visiting the home of David Ben Gurion just a short drive from our home in Sha’ar HaNegev, learning of his dreams and vision to make the desert bloom. I wonder if the former Israeli Prime Minster could have imagined the impact and truly heroic work the people I met today have been able to accomplish to make that dream come true. These change agents and heroes have brought – and continue to bring – life affirming programs and efforts to this region. Despite the constant state of unease and fear, this community grows and inspires all of us at the Federation.

The scientific principle Heliotropic Effect posits that all living things tend to grow towards the light. Nowhere is that principle on fuller display than here in our partnership region of Sha’ar HaNegev. And as I pulled away from the parking lot at the railway station at the end of a long day, I recalled an outdoor Sukkot bonfire I experienced in the desert in the fall of 1999: 35 young North Americans, experiencing the periphery of Israeli society and learning about the challenges, hopes, and dreams of this country. We sang, beat our drums, and looked forward to a transformative year in Israel. What a blessing it is to now be in a role where I get to continue to be part of this transformation with a new generation and with a new community in San Diego. I am so grateful to have rejoined this story.

Visit www.jewishinsandiego.org/michaeljeserblog for the new blog My Two Shekels. Stories and reflections from Federation's President and CEO, Michael Jeser, about his own Jewish journeys, Federation's impact, and Jewish communities worldwide.