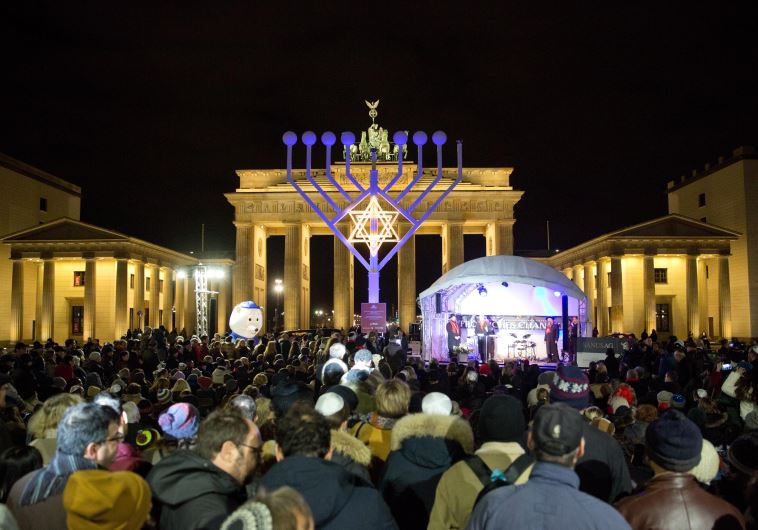 Giant menorah in Brandenburg Square sends a message that ‘peace and tolerance are stronger than any dispute,’ says Chabad head in German capital.

A group of Syrian refugee children — along with other Muslim groups in Berlin — joined with Jewish groups for a public Hanukkah candle-lighting ceremony in the German capital.

On Sunday, the Syrian children joined with local Jewish kids to light the giant Chabad menorah at the Brandenburg Gate. Aiman Mazyek, head of the Central Council of Muslims in Germany, and representatives of Berlin mosques attended the ceremony.

At a time when concerns have been raised about possible anti-Semitism among the 800,000 Muslim refugees now seeking asylum here, the joint celebrations sent a message “that peace and tolerance are stronger than any dispute,” said Rabbi Yehudah Teichtal, the head of Chabad in Berlin, said at the ceremony.