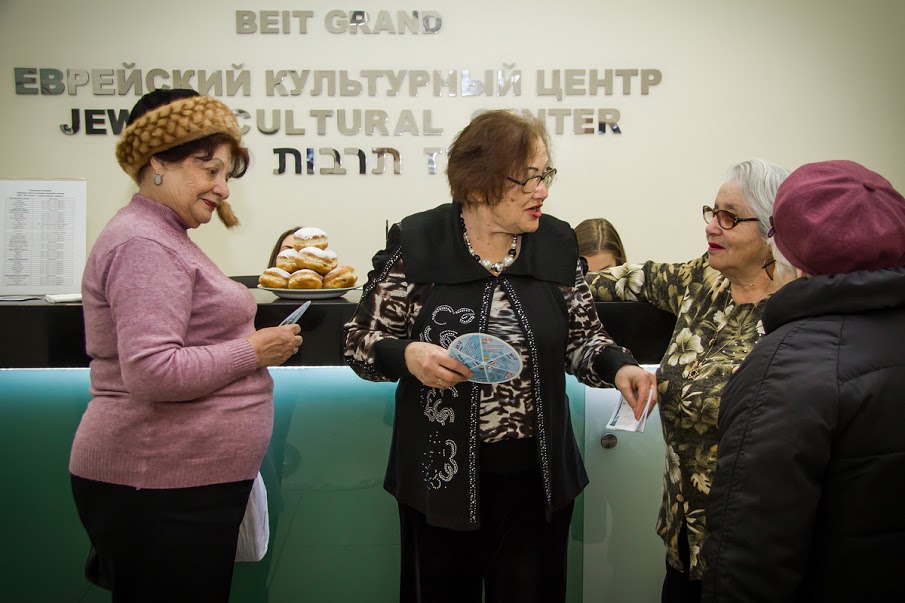 Each year on Chanukah, many of us gather with friends and family to celebrate the essence of the season: hope.

This year, on the third night of Chanukah at the local JDC Hesed social welfare center in Odessa, volunteers – many who receive assistance from the Hesed themselves – took to the stage, singing and dancing to help bring a little bit of that hope to local elderly residents. The community joined together to light the menorah and enjoy latkes as part of a holiday meal, which included a video blessing from Rabbi Yechiel Eckstein, founder and president of the International Fellowship of Christians and Jews (IFCJ) – without whom there’d be a little less light this holiday season.

It’s through the IFCJ Food and Medicine Lifeline that elderly people across the former Soviet Union, including women like Alla and Svetlana, are able to afford the food and medicine they need to survive.

In Kiev – five hours from Odessa, where JDC and IFCJ celebrated at the Chanukah party – Alla, 69, can barely move. Her hands shake from Parkinson’s disease and her feet and legs are covered with painful, itchy blisters, the effects of Duhrig Disease, a rare, chronic skin disorder. Even though she is in near constant pain and has not left her house in over six years, Alla remains positive, in part thanks to the assistance she receives from the Lifeline, which provides her with food and medicine as well as sanitary and hygienic products. With no family to help care for her, Alla is both dependent on, and grateful for, the Lifeline’s help.

“To tell the truth, I couldn’t get along without IFCJ and JDC,” says Alla.

Elsewhere in Kiev, Svetlana spends her days lying on the couch of her tiny, dark apartment. At 71 and suffering from the effects of a stroke, Svetlana is trapped in a body that no longer responds to her commands. Her son Dmitry helps her when he can, but her main source of assistance is the IFCJ Food and Medicine Lifeline. With a pension of only $52 a month, she otherwise has little to live on.

Alla and Svetlana feel fortunate to be remembered and cared for at this challenging time in their lives.

Gathered around the menorah on that cold day in Odessa, elderly Jews in need across the former Soviet Union, including Alla and Svetlana, were in our hearts and minds as we do all we can through the Lifeline to bring light into the lives of people who have known too much darkness.