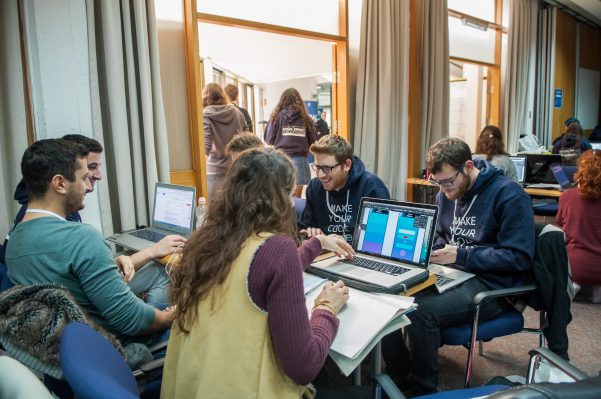 In an organizational first, the American Jewish Joint Distribution Committee in Israel teamed up with Microsoft and HP, among other leaders in the tech space, for the inaugural JDC Social Impact Hackathon to benefit vulnerable Israelis.

Bringing together 100 programmers and designers, as well as 30 mentors from 7 global tech companies, the Social Impact Hackathon leveraged state-of-the-art technology to create apps and programs to solve challenges faced by at-risk Israeli populations like the elderly and people with disabilities. While over 95 social impact ideas were originally gathered, 21 were chosen to be developed, with three receiving top prizes.

Participants worked in teams on tech solutions evaluated by judges from JDC, the tech industry, and the NGO sector. JNext – a joint project of the Jerusalem Development Authority (JDA), the Ministry of Jerusalem and Diaspora Affairs, and the Municipality of Jerusalem, which aim is to strengthen and empower the technological ecosystem in Jerusalem – was also a partner for the event.