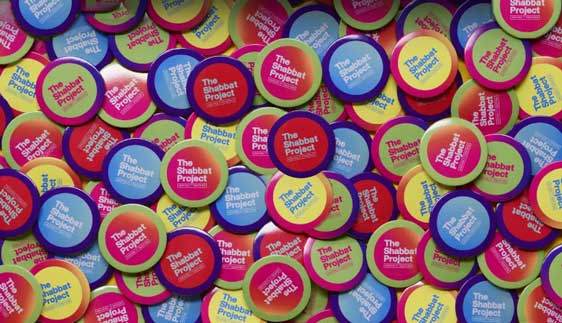 What began in South Africa as a single program focused on celebrating one Shabbat as a community has grown into an international phenomenon in 97 countries and 1,500 cities from Katmandu to Cape Town to Istanbul to Tel Aviv to New York to San Diego.
Welcome to Shabbat San Diego, slated this year for October 25th-27th.
Introduced locally by businessman Selwyn Isakow and Robin Lichter, and thanks to the efforts of more than 300 volunteers and 54 different committees, the program continues to accomplish the three objectives it set forth in 2014:
The program objectives align with Isakow’s passions which are Jewish education and building community cohesiveness.
“I was impressed by what happened in South Africa in 2013 and would internationalize in 2014,” he notes. “I looked at it as an avenue to make people more aware of their heritage.”
Defying the odds that a seminal event introduced on a different continent could be imported to the southern tip of the Golden State, Isakow teamed up with Lichter and the two became the program’s co-founders.
“People said it won’t work,” Isakow recalls, “but I said let’s do something for the community – a gift to the community.”
Six weeks later, 10,000 people in San Diego participated celebrated Shabbat across the county, the largest turnout outside of South Africa. Today, cities around the world model their program after San Diego.
Not wanting to become another organization with a tax ID number, Isakow and Lichter reached out to the Federation to provide administrative support and engaged synagogues, day schools, and local Jewish organizations to participate in the effort. This year, 130 organizations will work to provide an inclusive Jewish experience for Jews across the spectrum of religious affiliation or no affiliation.
In October, an anticipated 17,000 participants will join the more than two million people around the world in welcoming Shabbat. Under the theme “Those who bake together, rise together,” San Diegans can prepare challah at one of six Challah Bakes (a six-fold increase since 2013) across the county and including one in Tijuana, the first cross-border Challah bake;” host or be hosted at Shabbat dinners (this year’s goal is 1,000 home-hosted dinners, thanks to the Home Hosted Dinners Chair Theresa Dupuis); attend Friday night and Saturday services and lectures; and celebrate at a communitywide Havdalah with thousands of Jewish community members, followed by a free concert at Congregation Beth El with headliner and Israeli band InJoy.
“Judaism is a journey, not a destination,” Isakow explains. “Shabbat San Diego provides opportunities for us to come together, grow as individuals, and strive to become better people.”
To sign up for Shabbat San Diego, visit www.shabbatsandiego.org.
Next week, the ENews looks at the Jewish Xperience, a week of diverse events that brings San Diego’s Jewish community together with more than 90 events across the county.