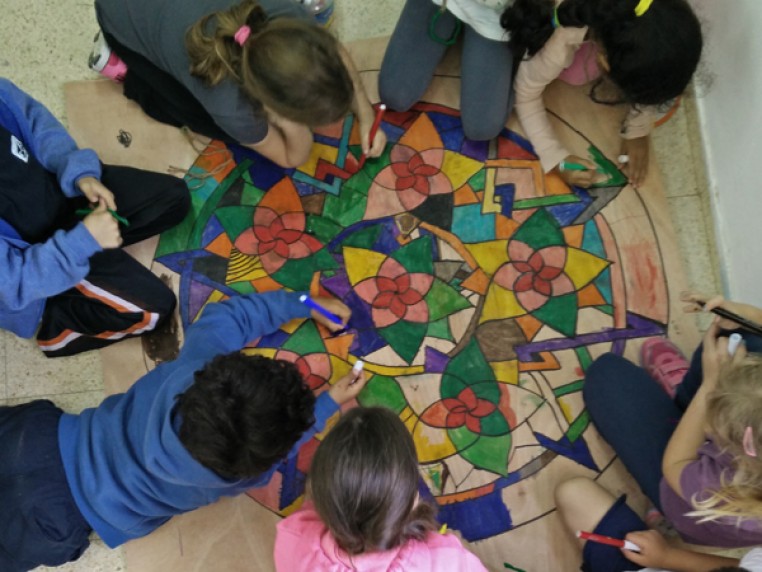 Livnat Kutz loves to make things grow, and living just five kilometers from Gaza in Kibbutz Kfar Aza, she’s seen enough destruction. So a few years ago, she helped a group of high school students suffering from post-conflict trauma plant a community garden. But rocket barrages destroyed everything they grew.

During Operation Protective Edge in 2014, a seed was planted in Livnat’s mind that would transform both the Negev and its conflict-weary residents. When rocket fire displaced them to the north, only one thing seemed to help her three young children escape their anxiety: playing in the mud. “They weren’t worried about war or changed scenery, they were in another place experiencing something else,” she says. “This was a lightbulb moment for me—that being busy with your hands goes to your head.”

The Time Is Now

Livnat was tapping into a growing field called creative placemaking, in which arts and culture help heal and sustain people and their community. It’s the focus of Negev Funding Coalition, an innovative partnership between Federations and the Israeli government to help changemakers revitalize this crucial region.

Quitting her longtime graphic design job, Livnat enrolled in a Negev Funding Coalition-funded incubator program for creative placemaking at Ben Gurion University in Beer Sheva. There, she developed her dream: Beit Melacha, an open art studio in Shaar Hanegev where children and adults affected by trauma could relax, socialize and express themselves through clay, wood, textiles or whatever else sparked their imagination.

Negev Funding Coalition also awarded Livnat a generous scholarship to the program, which she also used to purchase a kiln for Beit Melacha. “I am so grateful to Federations for believing in me, for investing in the Negev,” she says.

The Good Life in the Desert

Livnat invests so much of herself in this effort because she believes so strongly in the Negev’s potential. “Young people think they have to relocate to Jerusalem or Tel Aviv, but that is a mistake. We need to give them good places to go. Like Beit Melacha. Or the drab central bus stop she helped local children transform with their art.

A Kind of Magic

Since Operation Protective Edge ended, Kfar Aza’s young gardeners have come together every weekend to rebuild and replant. They host parties in the garden and invite the whole community to taste their Negev-nurtured produce. Helping them is a 70-year-old former soldier who believes in the healing powers of getting the Holy Land’s dirt under your fingernails.

Moments like these fuel Livnat’s excitement for the future. “Creative placemaking will make the Negev look very different than it does now,” she says. “People will come here to build something new. The community will be united. It’s kind of a magic.”