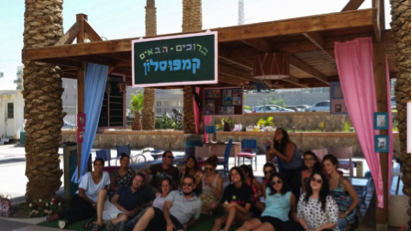 San Diego has made a 17-year investment with our partnership region, Sha’ar HaNegev. When you support Federation, you make life-changing programs like this possible. Thank you for all that you do.

Over the past year the Negev Funding Coalition, together with Negev Now, has focused its attention on revitalizing a battered southern region. Although during the long summer of 2014 all of Israel found itself for longer or shorter periods in bomb shelters, Israel’s south bore the brunt of the attacks. Although emergency preparation and home command functioned to provide the maximum possible protection for the residents in this region, the effect on the communities was devastating.

Post-trauma is considered a medical issue that affects the individual but the reality is that also communities suffer from the same symptoms:

When these symptoms move from the personal to the public sphere the effects are catastrophic on the community. The collective disintegrates and what is left are cities and settlements that are little more than empty shells where all semblance of joy and creativity are lost. Residents are left with a feeling of helplessness in the face of this reality.

This is what Israelis mean when they speak about community resilience. The government can provide bomb shelters, social workers and advanced military defense networks; philanthropy and good will can provide respite for short periods; but only residents of a community can provide support and hope in the long term. Without these vital attributes a community will either stagnate of simply disappear. This is the challenge that the Negev Funding Coalition together with the Negev Now initiative of the Operation Protective Edge Emergency Allocations Committee recognized in the aftermath of last round of violence in Israel.

In many ways this challenge has forced the third sector to think in a different paradigm. Israel in the last 68 years has created a thriving economy, an impressive defense network, and welfare state with the ability to deal with the immediate effects of war. But rehabilitation of 3 million citizens (or, if you prefer, entire cities and settlements) is still a challenge that Israel is struggling with. Government can provide first aid but at some point the character and vibe of a place is about the opportunities the residents create and take advantage of to express themselves.

I will be honest that when we entered into this process I was cynical. It was difficult to see how North American Jewish philanthropy could act as a catalyst to long-term rehabilitation that was based on a long-term sustainable model. How could we as distant cousins bring hope and joy back to communities that live in fear of the next round of fighting? Even with the ray of hope that Beer Sheva is on the verge of becoming the cyber capital of Israel, bringing new residents to the region and retaining the existing population is a challenge that the central government of Israel has simply lacked the empathy to achieve, so why should we have the ability where government is seemingly failing? 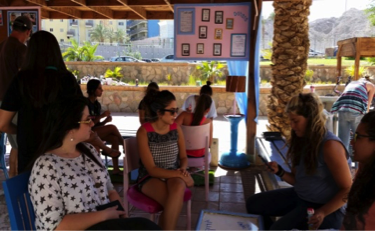 The key indeed is the concept of empathy. In many ways government has the finances to find solutions but do not have the ability to really listen to local needs or to speak in a language of community involvement. Federations, on the other hand, have over 2 decades of experience in the southern region of listening and understanding local communities in the Negev. We bring a sense of community to the table, which is central to every discussion. In the past year, federations’ unique relationships have paved the way to a “smart partnership” with other entities in the region—including local authorities, the Ministry of Defense, and the Negev Development Authority—where public and philanthropic initiatives are truly empowering the local residents to revitalize their communities and to develop cultural and wellness infrastructure that in the past was only available in Israel’s center.

This revitalization is being achieved by creating a cadre of local activists in the Negev who are being encouraged to develop communal spaces as centers for art and culture. One such funded initiative is the place-making courses that are currently being run at Ben Gurion University Beer Sheva, Sapir College in Sderot and the Arava Institute in the Eilot region together with Ben Gurion University Eilat.  These programs not only focus on the theory of place making but empower and encourage students to create a vibe in the region. The programs are run in cooperation with local authorities and thus not only provide practical tools but also ensure that the students gain practical experience. In the past two months new creative spaces have been popping up throughout the Negev, two of which have recently been causing a stir in the city of Eilat. 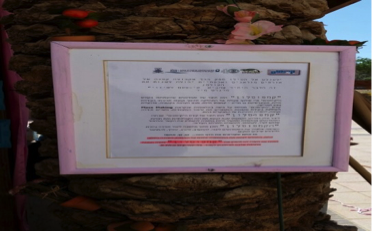 In reality the success of these sorts of projects is not just the physical change to the environment but in whether the spaces are creating community. Yesterday evening I had the opportunity to experience the answer to this as I sat with students from different faculties in the “Campusalon” (pictured above) into the wee hours of the morning, students with guitars and darbukot together with faculty members and local residents spending time together and sharing ideas.  In a time when social media is taking the place of community, this was an amazing experience. In essence the spontaneous nature of the gathering was inspirational for me, and in this instance my natural cynicism was replaced by a feeling of how simple it is to bring people together, to create laughter, resilience and hope when these spaces are created for and by local residents. 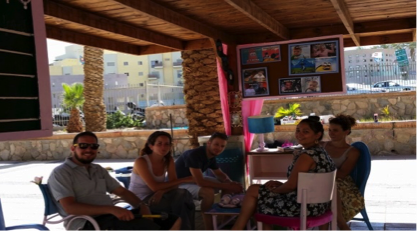