Please join us as we gather our closest friends to toast the vibrancy and success of our Jewish community. While it has been a challenging year for everyone, we look forward to celebrating some of our shared accomplishments – all made possible by you! A minimum $18 donation to any of our peer-to-peer fundraising pages grants you access to Men's Event. 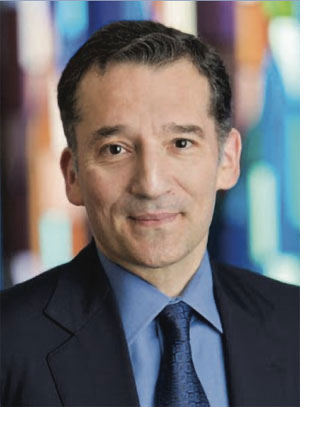 This year, we are excited to feature Rabbi David Wolpe. Rabbi Wolpe was named one of the 500 Most Influential People in Los Angeles in 2016 and again in 2017, Most Influential Rabbi in America by Newsweek and one of the 50 Most Influential Jews in the World by The Jerusalem Post, David Wolpe is the Max Webb Senior Rabbi of Sinai Temple. Rabbi Wolpe previously taught at the Jewish Theological Seminary of America in New York, the American Jewish University in Los Angeles, Hunter College, and UCLA. A columnist for TIME magazine, he has been published and profiled in The New York Times, Los Angeles Times, Washington Post’s “On Faith” website, The Huffington Post, and the New York Jewish Week. He has been featured on The Today Show, Face the Nation, ABC This Morning, and CBS This Morning. In addition, Rabbi Wolpe has appeared prominently in series on PBS, A&E, History Channel, and Discovery Channel. Rabbi Wolpe is the author of eight books, including the national bestseller Making Loss Matter: Creating Meaning in Difficult Times. His new book is titled David, the Divided Heart. It was a finalist for the National Jewish Book Awards, and has been optioned for a movie by Warner Bros.

Not Able to Attend?

You can still make your gift to Federation and help us continue our work here in San Diego, in Israel, and around the globe.

Thank you for being a part of our caring and connected community. We can't do this important work without you!