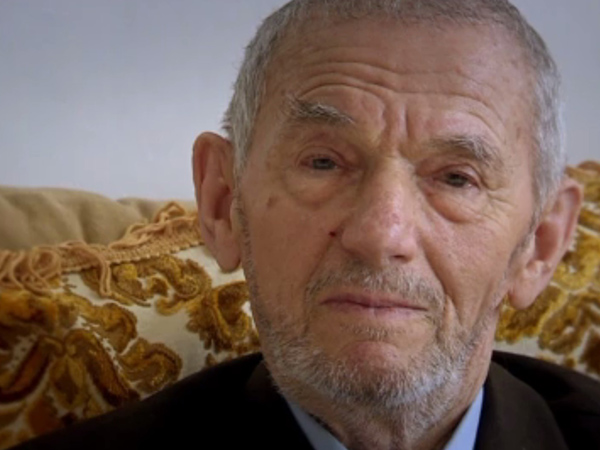 By supporting Federation you enable us to fund life saving missions run by our partner, The Jewish Agency for Israel. You help make stories like this possible. Thank you for all that you do.

While his family was fleeing the Nazis during World War II, Gregory Margolin, only 16 years old, was fighting them in the Soviet Red Army, first as a sniper, then as a commander. Now, at 86 and beginning to struggle with Alzheimer’s, he still proudly wears his uniform bedecked with medals.

After surviving one war, the last thing he ever wanted was to be caught in another one. But when a stray rebel missile destroyed his home in Donetsk in eastern Ukraine, killing his daughter Ira, Gregory and his family knew it was now their turn to flee.

“The moment it happened, we decided that’s it. Here and now, we’re moving to Israel,” says Gregory’s granddaughter, Liora. Thankfully, Federation partner The Jewish Agency for Israel was there to help them figure out how.

Gregory is not alone in seeking safety in Israel. Since fighting broke out in 2014, Ukrainian Jews have been making aliyah in record numbers: More than 5,900 olim found refuge in the Jewish State that year, and the number of battle-weary Ukrainian Jews coming to Israel is expected to more than double in 2015, making it the most active year for Ukrainian aliyah yet.

For each step in the perilous journey, The Jewish Agency provides everything from pre-aliyah counseling and travel arrangements in Ukraine to temporary housing, Hebrew lessons and social services once in Israel.

Gregory and Liora are now living in safety with his niece’s family in Ramla. Thanks to Federation, Gregory and so many other Ukranian Jews affected by the ongoing conflict now live in safety, comfort, and dignity.