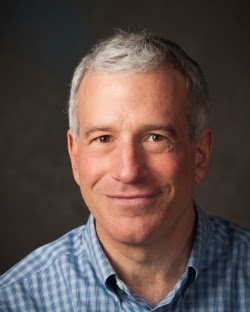 The siren blared - an eerie, other-worldly sound. I'd just returned from a celebratory birthday dinner to my vacation apartment. I was a little tipsy. I didn't have the slightest idea what to do, so I did the logical thing: I ran out into the street (I don't recommend this). I saw the white streak, heard a boom, then another. For me, the sound and smell were indistinguishable from 4th of July fireworks, but even after two glasses of wine, I knew the difference; this was a missile, coming to kill me and others, intercepted on its way by the Israeli military.

I returned to my apartment and turned on the TV. The newscast was playing an official video from Hamas. "Better find more coffins, O Jews," the singer exclaimed over scenes of rockets hitting targets in urban areas. "There will be a shortage of coffins in Israel tonight!" Later that evening, I found the same boasting words in Hamas' twitter feed. Better find more coffins.

On the one hand, there was and is something buffoonish, almost cartoonish about the Hamas boast. As of this writing, Israel has needed precisely one coffin, despite the thousand missiles Hamas has launched, despite the several terrorist incursions, despite Hamas' best efforts. Tragically, it's Gaza itself that has needed the extra coffins, and this despite Israel's best efforts to avoid civilian casualties.

On the other hand, we'd be foolish to dismiss the Hamas boast - simply because it clarifies the difference between Israel and Hamas. It's impossible to imagine even the most right wing Israeli prime minister bragging about his intention to inflict civilian casualties. On the contrary, Israel makes phone calls, distributes leaflets, broadcasts warning after warning, "knocks on the door" with harmless explosives - all in an effort to remove Palestinian civilians from the warzone. Hamas openly admits its aims - civilian deaths on both sides. It urges its civilians not to flee, even while it targets Israel's largest population centers. In other words, there's a difference. And the difference matters.

I'm a liberal Zionist. My apologies for interjecting this auto-biographical note, but the conflict has become so tribal, that we don't trust anyone's opinion unless we know where they stand politically. So here's where I stand. I (along with most, but not all American Jews, and most but not all Israelis) support a fair two-state solution: an Israeli withdrawal to something close to the 1967 lines. I support the full dignity of the Palestinians, including their right to a state of their own. And it's precisely these political/humanist views which compel me to support a decisive victory against Hamas, in Gaza.

Hamas' published, publicized political program is antithetical to the values of the two-state solution. Hamas aims for the creation of one Islamic state, a totalitarian, non-democratic state that privileges Islamists, a state that by law will oppress women, gay/lesbians, Christians, and Jews. It's a fanatical goal, one that, naturally, uses fanatical methods to bring it about - terrorism, the murder of innocent civilians. The Palestinian Authority, in contrast, gave up on terrorism as soon as they moderated their political ambitions. But Hamas clings to violence, and is proud of how it refuses to compromise.

It's disappointing and frustrating to come home from Israel and encounter the simplistic David vs. Goliath narrative - Israel the oppressor verses the powerless Hamas. Yes, Israel is more powerful, so its casualties are fewer. But Hamas started the latest round, and Israel continues to offer quiet for quiet, an offer Hamas, boiling in its fanaticism, continues to refuse.

Just today, I read in the New York Times that the Hamas leadership is "desperate to relieve the economic difficulties of its 1.7 million citizens." Really? If Hamas' political program were relieving the economic difficulties of its citizens, there's a simple solution: stop firing rockets, and disarm, so both Egypt and Israel can lift the blockade. Why do they imagine there's a blockade in the first place? Hamas has many clear (and published) aims, but relieving the economic stress of the average Gazan is not one of them.

In fact the only way for Hamas to pursue genuine economic growth, and therefore genuine state-building, would be for it to stop being Hamas. One day, that might happen. Until then, all Israel can do is resist this ongoing war against its existence. And everyone who hopes for two states - anyone who dreams of peace for both Israel and Palestine - should pray for victory.