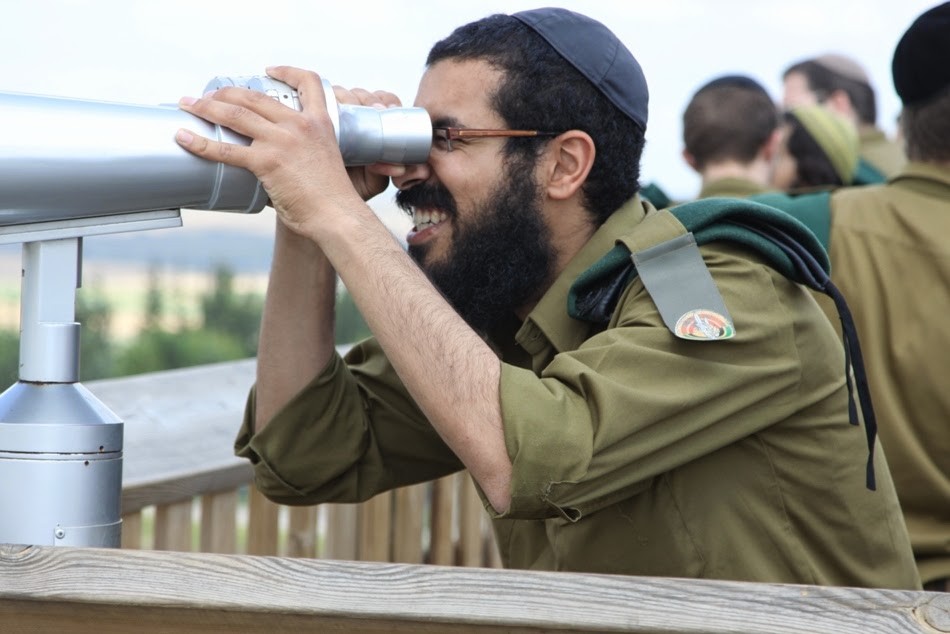 San Diego's Jewish families have huge impact, not only locally, but around the world.  Federation is excited to share the below article about San Diego's Woolf family, who have generously supported efforts to get ultra-orthodox men further integrated into the IDF via Federation partners at the American Joint Jewish Distribution Committee (JDC).

Thanks to the continued, generous support of the Woolf family, JDC’s Project Shachar continues to be the Israeli army's most successful program integrating ultra-orthodox men into military service. Despite a highly charged political environment, Shachar continues to thrive and made significant advances in the first quarter of 2014.

Many ultra-orthodox men are unemployed because of their religious studies and rely on donations, state benefits and their wives' wages. From the founding of the state, when there were only mere hundreds of yeshiva students, until now when there are nearly 60,000 Haredi draft age men, there has effectively been an exemption from army service for men engaged in full-time Torah study. This has caused a damaging split within Israel society and resentment among Israel's national religious and secular majority, leading to a demand that Haredim share the social burden.

As a result, ground-breaking legislation passed by the Knesset in March will now require Haredi men to perform army service (although its full impact won’t be felt until 2017). For many in the Haredi community, the threat of conscription only galvanized and hardened opposition to any army service, culminating in a vocal mass demonstration in Jerusalem last month. But for a growing group, the new law and its gradual implementation pave the way for important changes in attitude, and growing interest in Shachar’s voluntary army enrollment model as a means of securing professional education and economic opportunity.

In February 2014, Prime Minister Benjamin Netanyahu said about the Haredi conscription law: “Two years ago, I said I would submit a bill that would increase equality in sharing the burden without setting public against public. We must see to it that it is being carried out while maintaining national unity.”

As Minister of the Economy Naftali Bennett said just last month, “Now we must roll up our sleeves and connect our Haredi brothers to the economy and Israeli service.”

To meet these goals, Shachar continues to successfully help thousands of Haredi men voluntarily perform military service in a supportive frame-work that will lead to their participation in Israel’s economic life, while maintaining their ties to the religious community. In total, 1,300 Haredi soldiers have participated in Shachar since 2007. More than 85% of the graduates are successfully employed when they finish Shachar, with 40% working in the specialty fields for which they received training, and the remainder finding work in other fields.


While Project Shachar targets Haredi men ages 22-25, many of whom are already married, a need was identified over the past two years to expand to younger yeshiva students. Shachar initiated the Chanoch (education) program, which focuses on unmarried yeshiva students, just 18-21 years old, who are willing to join the army so that they can receive education leading to a viable career. They continue to live in their yeshivas and engage in Torah study in the evenings; but in addition to basic army training, they also take special professional training classes during the day.

After intense outreach to nearly 50 yeshivas in 2013, in February 2014 the first group of 180 Chanoch army recruits began learning essential professional skills that will give them financial independence. Current classes are in math and English; after Passover these offerings will be expanded to include intensive vocational tracks in computers and electronics.


Yossi Rotenberg: Advancing in the Workplace 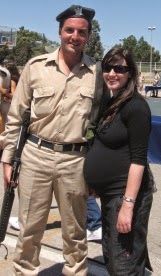 Yossi Rotenberg grew up in a Haredi family in Bnei Brak and attended yeshiva. Married at 23, and with a child on the way, Yossi worked part-time to supplement his meager yeshiva kolel stipend.

But as his family grew, Yossi decided to leave the kolel and work full-time for a manpower company catering to the Haredi community, but he knew something was missing. “I saw friends who left yeshiva and I didn’t want to end up like them; they bounced around from one dead-end, low-paying job to another.” Yossi joined the second class of Shachar, where he was able to get in the communications track.

Today, Yossi is the Director of the Help Desk at Israel’s Ministry of Justice, where he has already earned two promotions. “Not only do I now earn more than I did before the army, but I also learned communication and hi-tech skills.” Yossi now has great hopes for the future. He plans on pursuing a degree in management or engineering so that he can become an IT Project Manager. As he explains, “Thanks to Shachar, I have become a professional, and now I want to get the academic degree to back it up.”