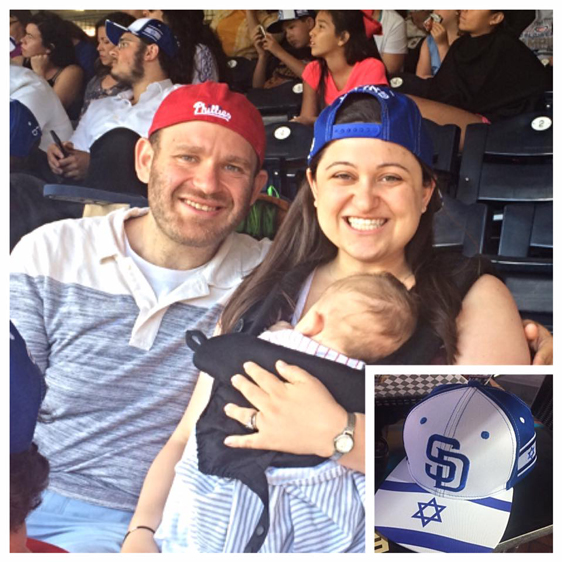 In free agency, Dorsch fielded offers from all across the country, but opted for the sunshine in San Diego. Along with his wife Stephanie and their son Nadav, Dorsch has been received with open arms.

In his first Fall Classic, playing before sell-out crowds, Dorsch knocked the ball out of the park with his warmth, openness, and enthusiasm. His engaging and spiritual sermons made their mark as a series of home runs. The fans have lauded his first season as a smashing success.

Following the installation ceremony, as he begins his second season, Dorsch will take the mound at Petco Park to throw the ceremonial first pitch at a game between the Philadelphia Phillies and the San Diego Padres. No matter the outcome of the game, we know that Rabbi Dorsch will continue to hit it out of the park at TIS!

Buy your tickets for the Sunday, August 12th Jewish Community Day at the Padres and join hundreds of members of our Jewish community from around the county.