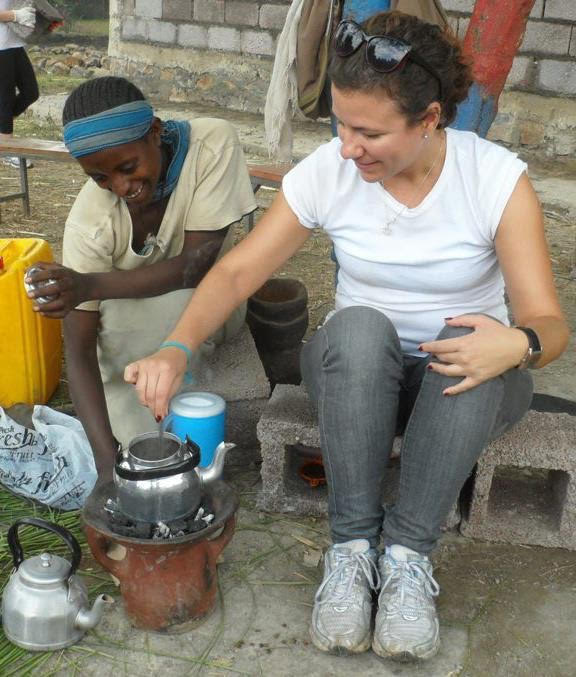 Growing up in Mexico City, I remember my grandmother Victoria, who we called “Lolo,” making the most amazing Seder meals.

Because we’re Sephardic, we eat rice on Passover, and she would make stuffed grape leaves by hand, one by one. I would see her just cooking for days and days, and they were beyond delicious.

It was an intimate family affair, an important moment to all come together around the table in celebration — of our connection to each other and our commitment to our Jewish culture.

Now I live in San Diego and my traditions have changed a little bit. This year my aunt is hosting 39 people! But what’s remained the same is my passion for this holiday, the moment each year where we remember that we’re all Jews.

I first got involved with JDC years ago, when I was working as a fundraiser for my local federation. I’d heard of the organization before, but it wasn’t until I joined a mission to Cuba that I really saw its work in action.

I witnessed such a vibrant Jewish community in Cuba, even with all of its challenges. And I saw JDC, committed to revitalizing the community.

When I returned home, I helped launch a local JDC Entwine network here in San Diego and became more and more involved, until I was eventually nominated to apply for a JDC Board position. I’ve been serving with nearly 200 other amazing men and women for a year now.

Sometimes people ask my why I dedicate my time to JDC, why I’m so concerned with the welfare of Jewish communities halfway around the world.

I’ll tell you: The mission really speaks to me. I really do believe that every Jew is responsible for one another, and I’m grateful to be part of an organization that embodies that in so many countries around the world.

That’s why I’m so proud to be co-chairing JDC’s Passover Journey Campaign, which gives us Board members an opportunity to share with our networks our passion for the lifesaving work JDC carries out around the globe. We’ve designed a JDC Special Edition Matzah Box to include a JDC touch at Seder tables all around!

The donations received from this campaign are unrestricted funds, ensuring that JDC is able to spring into action when the moment demands it. They sustain the organization, allowing JDC to swiftly and flexibly meet the needs of emergencies and changing political situations.

We’ve created this website that shares all the campaign details: JDC.org/Passover.

But the campaign is about more than fundraising.  It’s about what Passover asks us to remember about our Jewish community.

Lately, I’ve been thinking a lot about how we are asked to never forget that once we were strangers in the land of Egypt — with what’s been in the world news, it’s important to remember that not so long ago, we were right there, too.

One of our biggest strengths as a Jewish people is that we’re spread all over the world. Over centuries and millennia, Jewishness has evolved, and our different characteristics and different cultures are part of what makes us unique.

At the same time, there’s so much that we share — and when we remember those eternal links to Jews and others suffering around the world, our responsibility is to not turn our backs.

Having JDC to connect us all makes it even more meaningful just to be Jewish. There are Jews in India, Jews in Cuba, vulnerable Jews in the former Soviet Union living so far away from me in San Diego. Knowing that they are able to rely on a Jewish community around the world that cares about them, warms my heart and makes me proud to belong to the Jewish community.

I hope you join me this Passover in feeling this special connection to our global Jewish community by including a JDC Special Edition Matzah Box at your Seder table from the JDC’s Passover Journey Campaign.