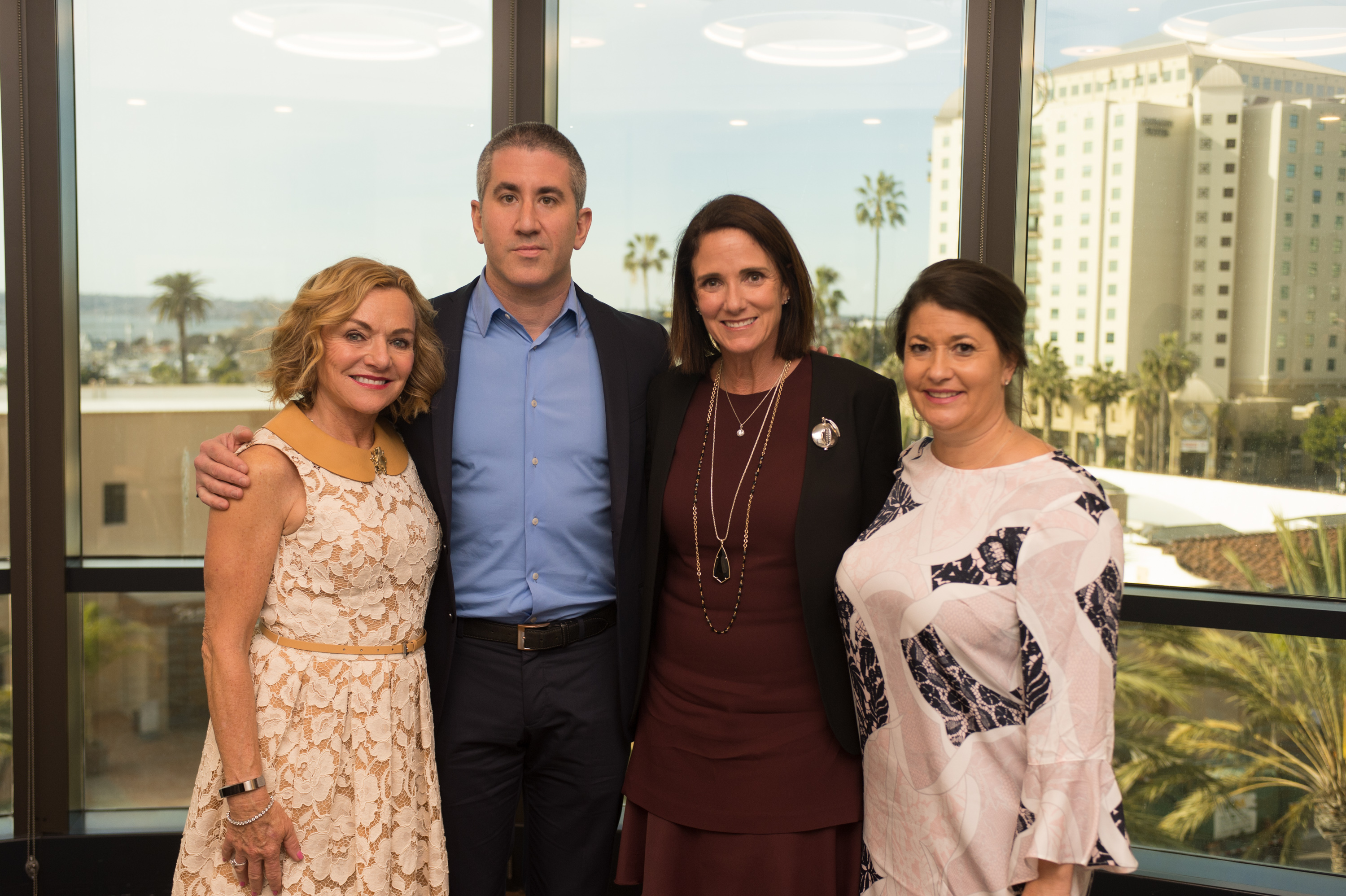 On Sunday, January 21, Co-Chairs Britney Ewing, Kira Finkenberg and Lori Polin welcomed 700 women to the Manchester Grand Hyatt to celebrate the impact we have on our local and global community.

Prior to the main event, the Women’s Philanthropy Board and Shalom San Diego Advisory Council teamed up to host the first-ever Newcomer’s Reception. Director of Women's Philanthropy, Jodie Graber said "Our goal is to be the most welcoming Jewish community in North America, and we were proud to warmly welcome more than 200 newcomers to Jewish San Diego and Federation." Attendees appreciated meeting other like-minded women and were thankful for the opportunity to connect in a more meaningful way.

Through Federation’s Community Connector initiative (part of Shalom San Diego), Oceanside resident Jessica Soria Korsunsky, worked to build a thriving, engaged and connected Jewish community in North (North) County. With two animated tables of newcomers present to cheer her on, Jessica proudly addressed her new Jewish “family” and the culture of friendship and support they have built together.

The Anne Ratner Award, for exemplary leadership established in 1990, was presented to Claire Ellman for distinguished leadership and her commitment to the Federation, Women’s Philanthropy and the San Diego Jewish community at large.

Born in South Africa, this year’s Anne Ratner award winner, Claire Ellman’s extraordinary history of profound leadership in our Jewish community dates back thirty years when she served pizza to the San Diego Jewish Academy students at lunch. Her desire to serve the community specifically stems from the influence of her parents and grandparents who role-modeled community involvement and from whom she learned tzadakah and service from an early age. She ultimately became the president of SDJA and spearheaded the concept of developing a one campus facility. Claire served on the Federation and Women’s Philanthropy Boards from 1991 to 2013, chairing many committees including the Israel Emergency Campaign and the 2006 San Diego Community Mission to Israel. Claire was Federation’s Board Chair from 2011 to 2013. Claire has served on the national boards of Jewish Federations of North America (JFNA), United Jewish Communities (UJC), the American Joint Distribution Committee (JDC), and the Jewish Education Service of North America (JESNA). In 2015 she received the Wilson Kipnis Award from National Women’s Philanthropy. Today, her leadership extends from San Diego to Israel and all across the globe.

The keynote speaker, Chef Michael Solomonov, charmed the audience with his heartfelt, triumph out of tragedy story. On food, the reformed “picky eater” believes that Israeli cuisine is full of delicious contradictions. The food can be both vibrant and elemental, rich and healthy, old and new. “Israeli food is not a static collection of traditional recipes. It is an idea…a shared experience.”

The beautiful setting, meaningful speeches, and spirit of sisterhood created the perfect backdrop for a memorable afternoon. To all the attendees, thank you for being at the heart of our Jewish community.  To learn more about Women’s Philanthropy, please email Jodie Graber