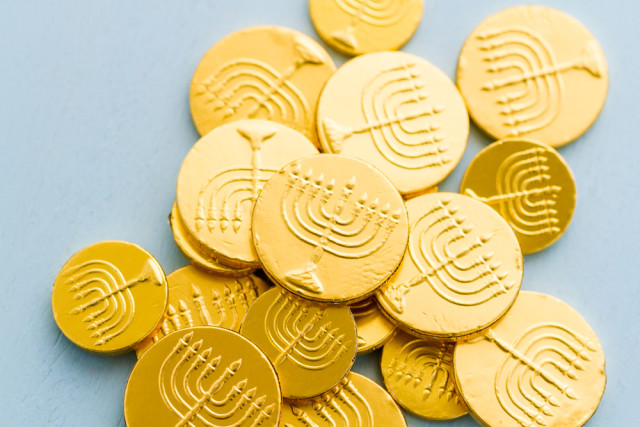 This Chanukah, impress your friends and family with nine lesser-known facts about Chanukah.


1. Gelt as we know it is a relatively new tradition—and no one knows who invented it.

While coins—“gelt” is Yiddish for coins, or money—have been part of Chanukah observance for centuries, chocolate gelt is considerably younger. In her book On the Chocolate Trail, Rabbi Deborah Prinz writes that “opinions differ” concerning the origins of chocolate gelt: Some credit America’s Loft candy company with creating it in the 1920s, while others suggest there were European versions earlier that inspired Israel’s Elite candy company. Prinz notes, as well, that chocolate gelt resembles a European Christmas tradition of exchanging gold-covered chocolate coins “commemorating the miracles of St. Nicholas.” 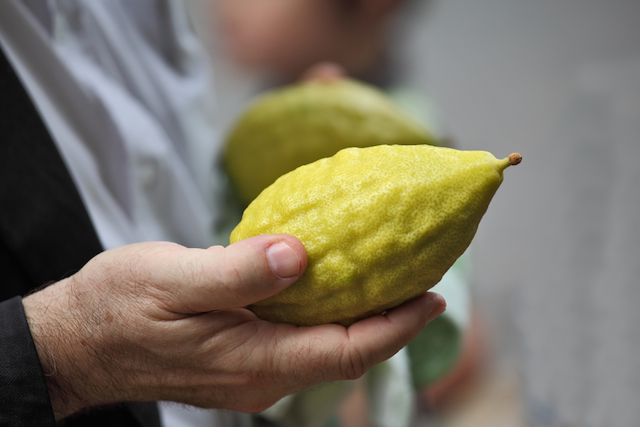 2. The first Chanukah celebration was actually a delayed Sukkot observance.

The second book of Maccabees quotes from a letter sent circa 125 BCE from the Hasmoneans (the Macabees’ descendants) to the leaders of Egyptian Jewry, describing the holiday as “the festival of Sukkot celebrated in the month of Kislev rather than Tishrei.” Since the Jews were still in caves fighting as guerrillas on Tishrei, 164 BCE, they had been unable to honor the eight-day holiday of Sukkot, which required visiting the Jerusalem Temple; hence it was postponed until after the recapture of Jerusalem and the rededication of the Temple. Many scholars believe it is this connection to Sukkot—and not the Talmudic legend of the cruse of oil that lasted eight days—that explains why Chanukah is eight days long. 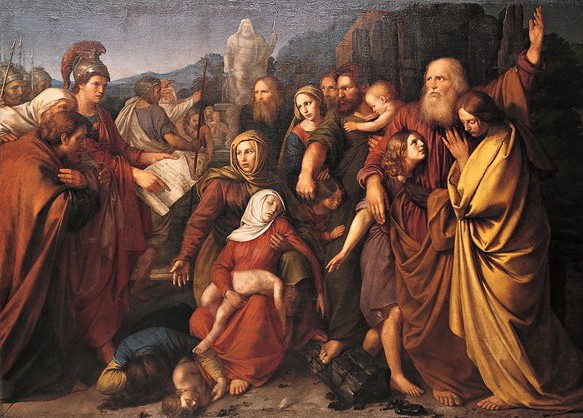 3. The books of Maccabees, which tell the story of Chanukah, weren’t included in the Hebrew Bible— but they are in the Catholic Bible.

There are different theories explaining why the first-century rabbis who canonized the scriptures omitted the Maccabees, ranging from the text’s relative newness at the time to fears of alienating the Roman leadership in control of Jerusalem at the time. 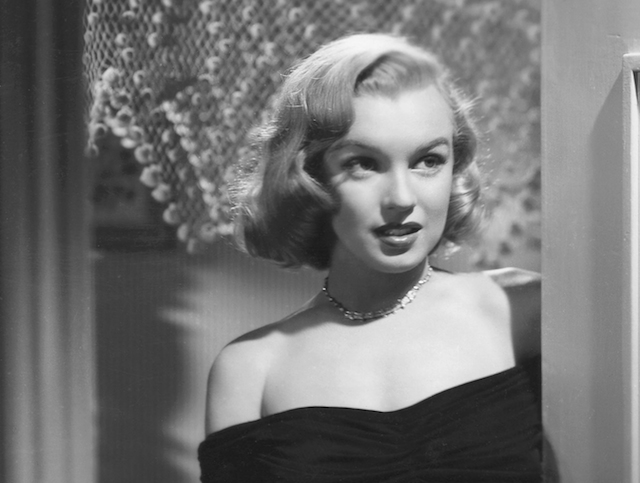 When the Hollywood star converted to Judaism before marrying Jewish playwright Arthur Miller, her future mother-in-law gave her a menorah as a conversion gift. The Chanukah lamp, which the menorah’s current owner says Mrs. Miller brought back from Jerusalem, has a wind-up music box in its base that plays Hatikvah, Israel’s national anthem. It’s featured in the Jewish Museum in New York City’s exhibit “Becoming Jewish: Warhol’s Liz and Marilyn,” but sadly you can’t wind it up. 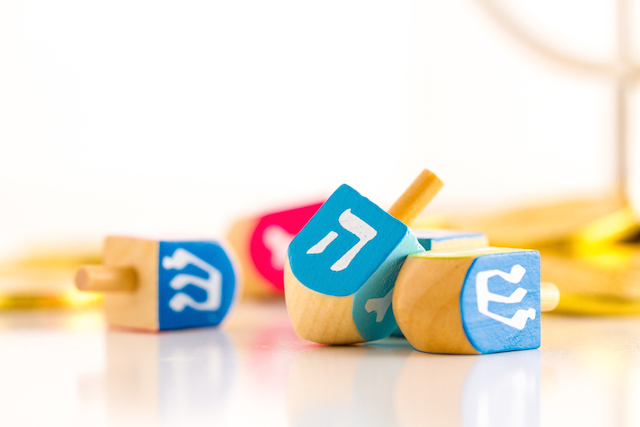 5. The game of dreidel was inspired by a German game played at Christmastime, which is itself an imitation of an English and Irish one.

Our Eastern European game of dreidel (including the letters nun, gimmel, hey, shin) is directly based on the German equivalent of the British totum game: N = Nichts = nothing; G = Ganz = all; H = Halb = half; and S = Stell ein = put in. In German, the spinning top was called a “torrel” or “trundl.” 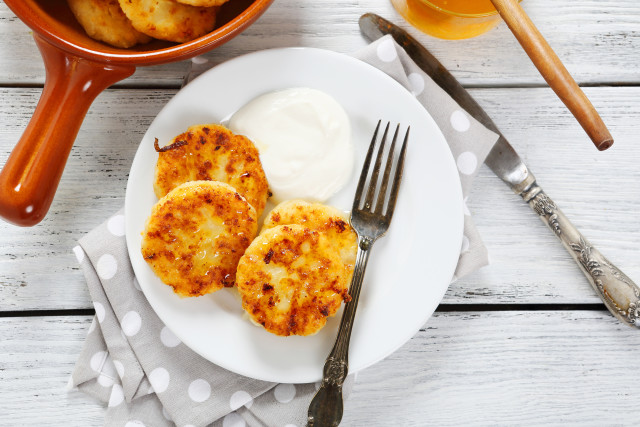 Traditionally, Chanukah has included foods with cheese in recognition of Judith, whose liberal use of the salty treat facilitated a victory for the Maccabees. To combine the two unhealthy but delicious traditions, try this recipe for cheese latkes. 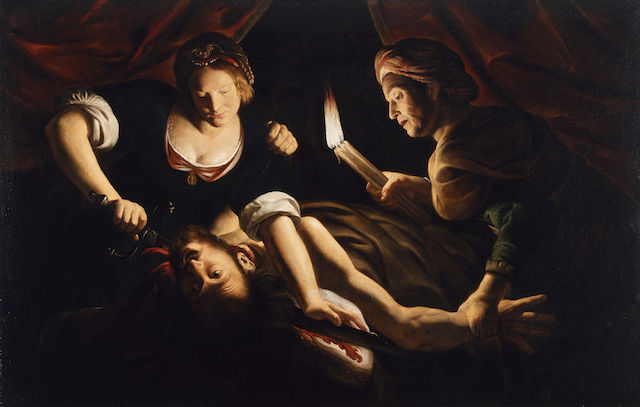 7. On Chanukah, we celebrate a grisly murder.

The aforementioned Judith had an ulterior motive for plying Assyrian general Holofernes with salty cheese: making him thirsty so he would drink lots of wine and pass out, enabling her to chop off his head and bring it home with her. The beheading—particularly the fact that a woman carried it out—was said to have frightened Holofernes’ troops into fleeing the Maccabees. 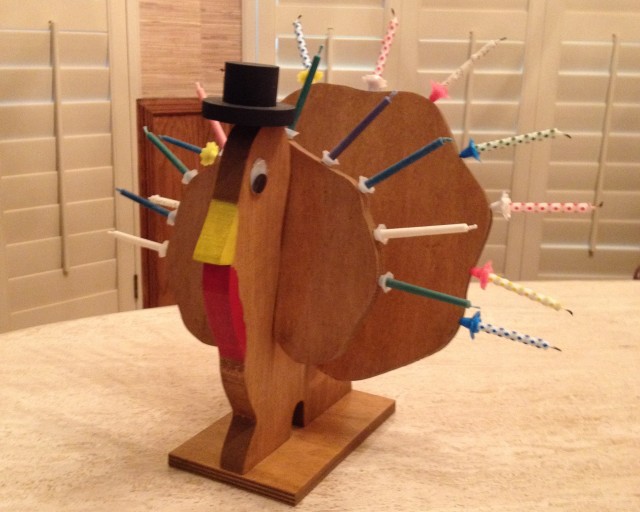 In 2013, the convergence of Thanksgiving and Chanukah on Nov. 28 inspired everything from turkey-shaped menorahs to a giant dreidel float in the Macy’s Thanksgiving Parade. While experts say a full day of Chanukah won’t coincide with the fourth Thursday in November for thousands of years, the first night of Chanukah will fall in time for Thanksgiving dinner (assuming you have the meal at dinnertime rather than in the afternoon) on Nov. 27, 2070. So, hang on to this recipe for sweet potato latkes with toasted marshmallows! 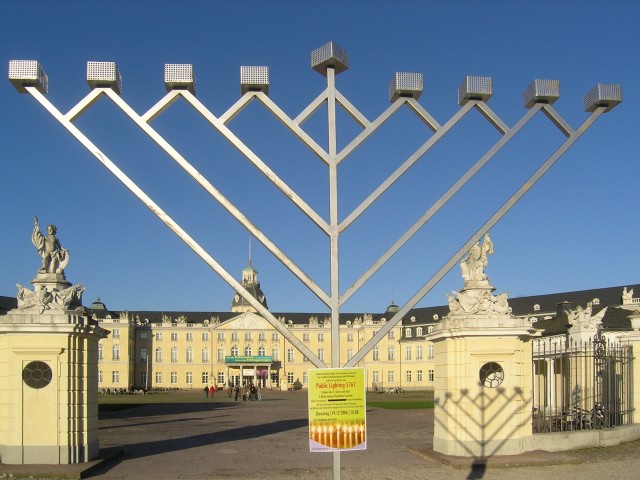 9. The largest menorah in the world, according to the Guinness Book of World Records is 32 feet high and weighs 4,000 pounds.

The Shulchan Aruch stipulates that a menorah should be no taller than about 31 feet. Incidentally, Guinness lists at least three other Chanukah-related records: most dreidels spinning simultaneously for at least 10 seconds (734), most people simultaneously lighting menorahs (834) and largest display of lit menorahs (1,000). We’d like to know the most latkes ever eaten in one sitting.