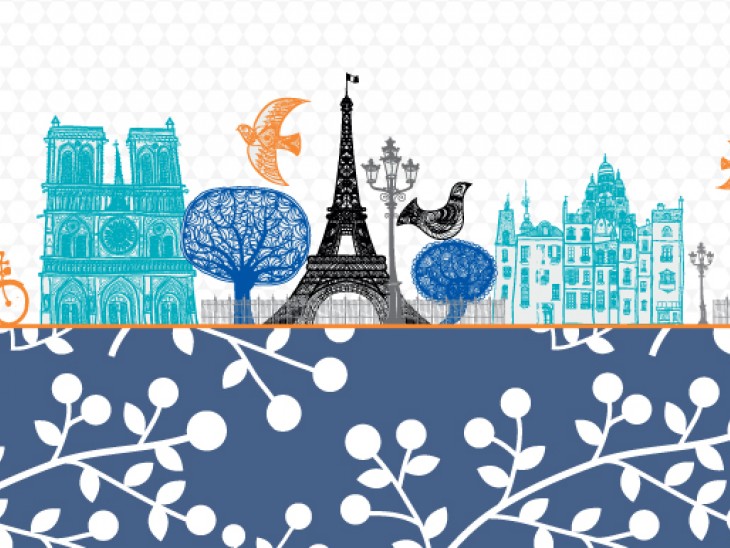 When you support Federation you support the life-saving work by our partner The American Jewish Joint Distribution Committee. Thank you for all that you do.

We have all returned home from our time together in Paris, where we saw first-hand the Jewish Agency’s important work in the French Jewish community. Over the course of three days, we heard from the leaders of French Jewry and met with dedicated Jewish Agency professionals engaged in strengthening French Jewish education and local youth movements, in securing Jewish communal institutions, and—of course—in encouraging and facilitating Aliyah. Our time together was fruitful and illuminating, and it reignited an impassioned conversation about the future of France’s Jews.

For several years now, I have been speaking and writing about the question mark that hovers over the future of the French Jewish community and of Jewish communities elsewhere in Europe. The issue is complex, and I have always been careful to state that it is best represented by a question mark. In recent days, however, the discourse surrounding this fraught subject has appeared to transform that question mark into an exclamation mark, suggesting that I have determined that French Jewry has no future at all. This is regrettable.

As head of The Jewish Agency, I feel exactly as I did as an Aliyah activist many decades ago: I believe that the best place where a Jew can be fully connected to the past and can play a role in influencing the future of his or her people is in Israel, and that Aliyah is the surest guarantor of the Jewish people’s future. At the same time, I understand that the decision to immigrate to Israel is a deeply personal one, and I do not believe that Israeli appeals or pressure tactics can work to increase Aliyah.

I am neither a commissar of Zionism nor a modern day prophet, and it is important that our conversation on this subject be based on the facts, rather than on hollow pronouncements.

Here are the facts: A recent survey commissioned by the Fondation Jean-Jaurès, a think tank with close ties to France’s ruling Socialist Party, found that a majority (51%) of French Jews have considered emigrating to another country, and 43% have considered making Aliyah. At the same time, the number of French Jews who have, in fact, made Aliyah in recent years is unprecedented – more than 45,000 Jews have immigrated from France to Israel since 2000, half in the past five years alone. This represents nearly 10% of the totality of French Jewry, as estimated by the renowned Hebrew University demographer Sergio DellaPergola. Never in the Israel’s history have we seen such high levels of Aliyah from any other Western country.

Those are the facts. Then come the interpretations. I have mine, and it grows stronger with every passing day. I believe that French Jews are feeling increasingly uncomfortable and insecure due to two primary factors. The first is the changing demographic reality in France and the influx of large populations that do not necessarily share the French republic’s democratic values and are susceptible to antisemitism. The second is that liberal France, which Jews have always considered to be their home, is today infected by a sense of hostility and double standards toward Israel. While French Jews feel deeply and intimately connected to Israel—a feeling that we, of course, work to strengthen every day—they are reminded time and again that their sentiments are increasingly at odds with the prevailing atmosphere in France. And so the confluence of these two strains of antisemitism, the classic and the new, has made many Jews feel as though France may no longer be their home. It is important to note that these developments come despite the French government’s sincere and laudable efforts to protect Jews, to strengthen the relationship between government authorities and the Jewish community, and to implement strong legislation against antisemitism. The French government has indeed done a great deal, perhaps more than any other European government, to reassure the country’s Jewish citizens. But the problem far exceeds amelioration by one measure or another, and it cannot be solved by sending more soldiers to protect Jewish kindergartens.

As we have seen throughout history, the massive emigration of Jews—willingly or unwillingly—always serves as a harbinger of far greater and more ominous changes in society. It falls to European leaders to confront the very real and weighty questions facing their continent head-on, and to decide how they want Europe to look in the decades ahead.

As for us – our job is clear: to serve every French Jew who wishes to make Aliyah, easing their way and working with our partners in the Israeli government to remove obstacles to employment and housing, while working to ensure that those Jews who wish to remain in France feel deeply connected to their community, their heritage, and the State of Israel.

Chairman of the Executive, The Jewish Agency for Israel