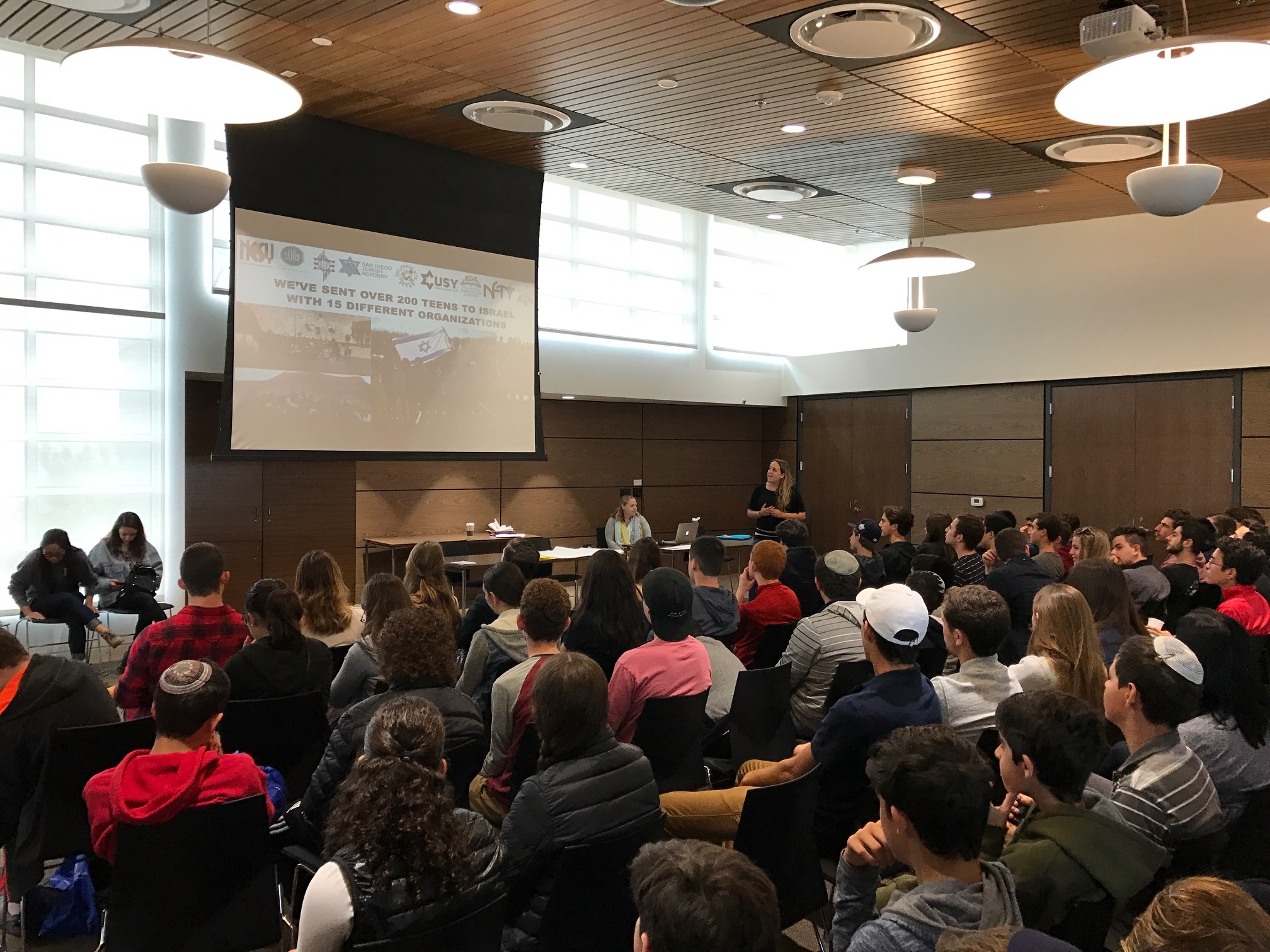 Last Sunday, 60 San Diego teens and their parents attended the My Israel Journey Orientation at Hillel of San Diego State University. They engaged in ice breaker games to meet other teens who were going on other programs to Israel this summer.

While the teens were meeting, their parents were having their own fun in a separate session with our Chief Development Officer, Melissa Chapman. When everyone joined back together, both the teens and the parents learned more about Federation and how teens can get involved with Federation’s Teen Initiative - Motiv. During the orientation, they were also able to hear from teens who took part of the very first My Israel Journey cohort.

This got both the teens and their parents very excited about their upcoming trip!