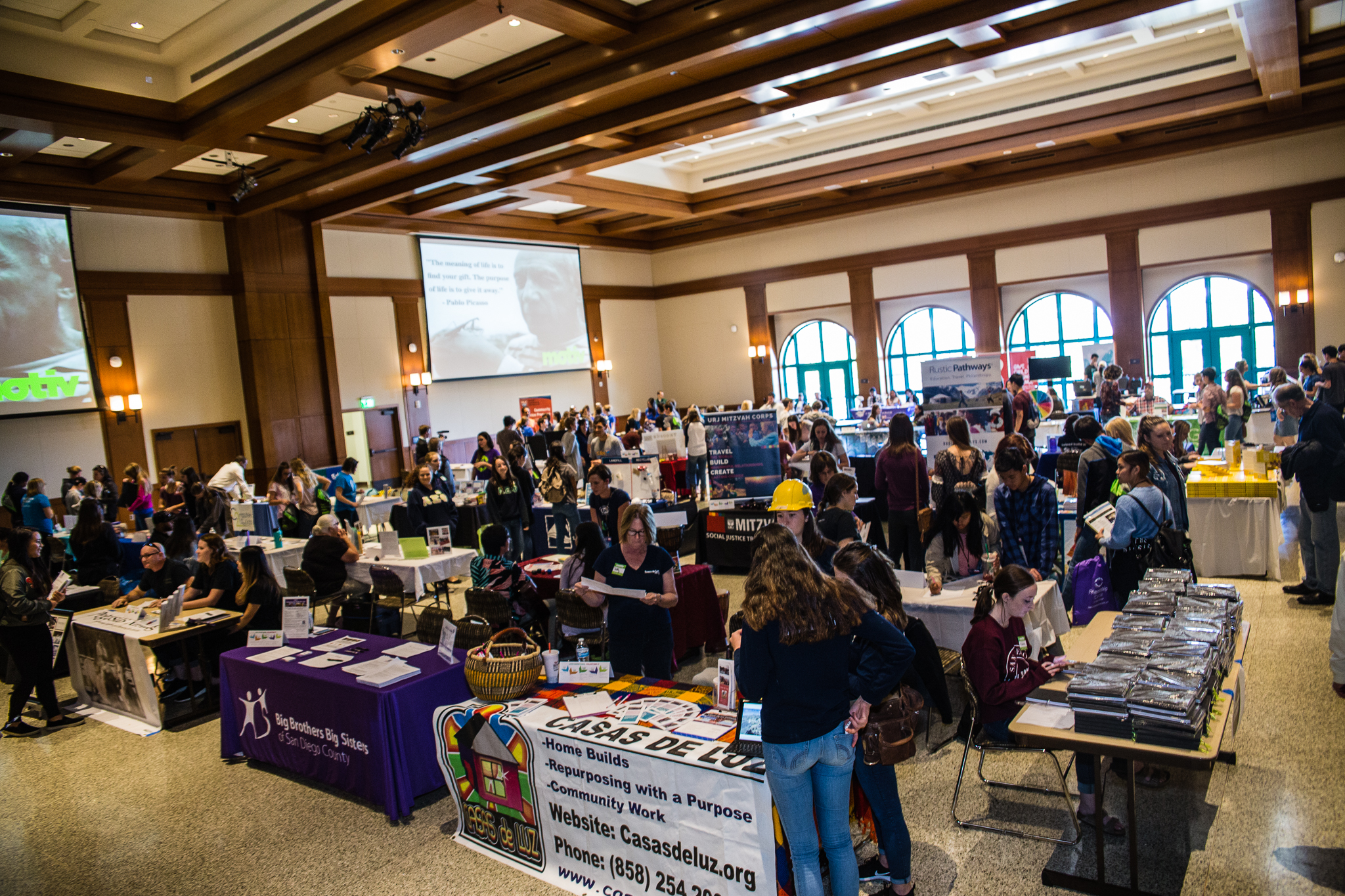 The theme of the day was “Love Something? Volunteer It” to help connect teens’ talents and passions to impact the community. “We wanted to show teens that they do not have to stop doing the things they love doing, like sports and music, in order to help their community. The purpose of the summit was to learn how to do what you love “for good,” said Darren Schwartz, Director of Motiv.

The teens heard personal stories from pro artists, athletes, and entrepreneurs about their community service.  Teens heard from City Councilwoman-Elect Barbara Bry, Jordan Harrison of Reality Changer, Nate Howard of Movement BE, 2014 Ms. Veteran America Amanda Wirtz and Sarah Hernholm from Whatever It Takes, in Ted-Talk style presentations to kick off the day.

Teens also got the chance to interact with over 50 nonprofit organizations that participated in an expo that highlighted volunteer and purposeful travel opportunities for teens.  All participants attended interactive workshops that helped them express their talents to do good and ended the day with hands-on service projects.  The workshops included using media to tell your services story, harmonizing music and service, building team unity through service, social entrepreneurship and much more.

The day concluded with hands-on service projects and opportunities.  This included creating care packages for the military, rehabbing surfboards for at-risk youth, making toys for homeless animals, and becoming a trained volunteer for Habitat for Humanity and Friendship Circle.  All teens that participated earned three hours of community service that will be logged on Motiv’s online interactive platform, launched at the event, which enables teens to record service hours, track service over time and generate a dashboard with their unique service story.

Motiv is the cornerstone of the Jewish Teen Initiative that began in late 2015 after the San Diego Jewish community was selected to be one of ten cities to receive a transformational grant for Jewish teen engagement from the Jim Joseph Foundation. “The Teen Service Summit launch was an exciting and enriching opportunity for teens from across San Diego to learn about how to engage in ongoing service and social change in their neighborhoods and community,” said Jeff Tiell, Program Officer at the Jim Joseph Foundation. “I was thrilled to attend this Summit on behalf of the Jim Joseph Foundation and deeply look forward to all the good work and new teen Jewish opportunities in San Diego.”

The Jewish Federation, in partnership with the Lawrence Family JCC, engaged the organized and unaffiliated Jewish community in identifying the needs of Jewish teens in San Diego. In the final community assessment and proposal, service learning was identified as a key programmatic strategy to engage teens on a spectrum of Jewish identity. The proposal resulted in a $3.1 million matching grant, the largest programmatic grant received to-date by the San Diego Jewish community.

Beyond Motiv, the Jewish Teen Initiative will provide professional development and growth opportunities for Jewish teen educators; support Jewish teen leadership to be force multipliers and architects of their own community, and identify and engage uninvolved Jewish teens through service learning opportunities that are open to their non-Jewish friends and family.

Head to our Facebook to see more photos from the event.