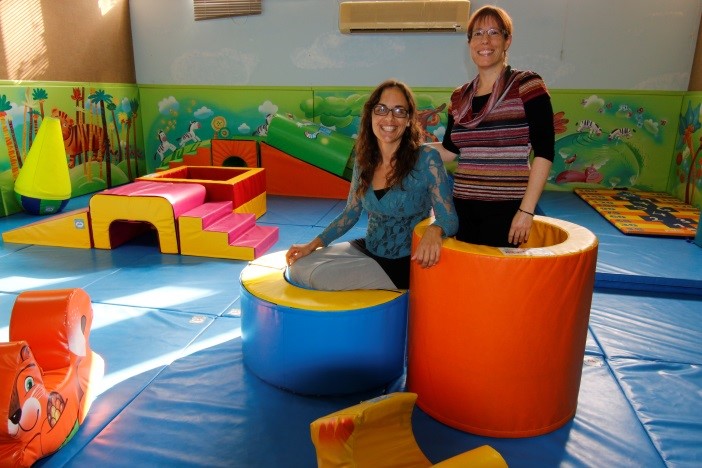 Your donation to Federation impacts the lives of those living inside Sha’ar HaNegev and inspires them create new projects that support the growing community in ways never before possible. Thank you for all you do.

The Nahal Oz "Beats" center is due to be open in the coming weeks. Like every new project in Israel, it brings lots of hopes and dreams as well as quite a few worries. Following the 'Prep course', the 'Collected' and other Nahal Oz enterprises, comes a very different enterprise: A center for mothers and babies seeking to emulate centers in Tel Aviv, Jerusalem and other places which don’t come under the heading of 'Gaza Envelope'.

Idit Bar On, one of the center initiators said that "following the Protective Edge military operation, a meeting was held and there was a community desire to get back on our feet and come out strong from the tough summer we had. We ran a brainstorming session in which the residents of the kibbutzim and from elsewhere came up with all sorts of ideas to help promote the Kibbutz. One of the main issues was education, in which the idea came up for establishing a center for parents and children in Nahal Oz. In the beginning, it was just a topic and gradually the idea took shape". Idit is a Nahal Oz native and today lives in Kibbutz Gevim. "Many young families arrive with their children and it's a real necessity. A place that has it all: treatments, coffee with friends, children activities, babysitters, a shop and many more". On the paths of the Kibbutz, Idit met Ronit Meidan whom she had known by her previous name Bar Eli. She told her about the enterprise and Ronit immediately got hooked on it. "Ronit came up with ideas she had wanted to put into practice and together we turned it into a presentation for the Kibbutz".

The idea to establish the center reached the Kibbutz management committee where it received its permit. Later, a business plan was built and the best of minds were recruited to carry out the project. People who once lived here, in the council, and moved elsewhere volunteered to help in some way from marketing, creating a business plan, resource development, networking, and more.

"I've been living here for 20 years. When meetings began for new Kibbutz entrepreneurs, I didn’t take part at first but after hearing about the center, I was thrilled and decided I wanted to take part in it," said Sharon Arem-Cohen, a member in the center’s administration.  In total, there are 8 members in the administration. Why so many? I ask. "It's a Kibbutz business", Aren-Cohen remarked. "It must operate in collaboration with the administration. We meet once every few weeks or months, depending on progress, where we report, consult and decide together. Idit and I are accompanying it closely but everyone is participating." 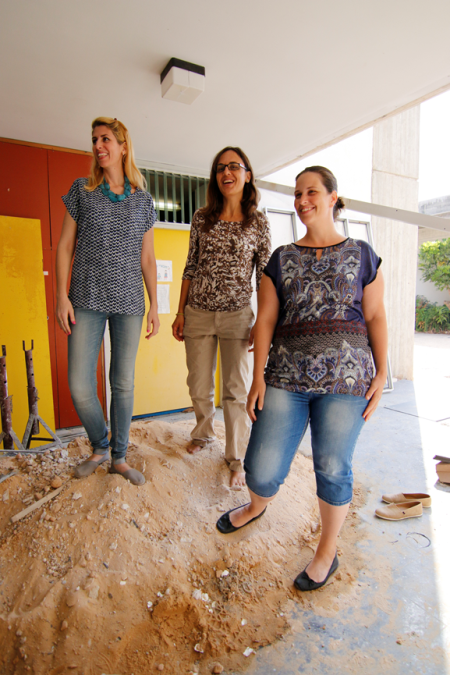 These days, if you want to find the center, you can follow the noise of drilling and sawing. The center, which will be named "Beats" will be located at the Nahal House in the center of the Kibbutz next to the library where a large space of 200m2 is being renovated and adapted for this cause. According to the forecasts, it will include a jamboree playground, which was completed last year, a room for classes, a café, a shop and a treatment room. Activities offered in the center will include pregnancy guidance, postnatal and breastfeeding support activities, children and toddlers' afterschool activities, a school for parents that includes guidance, workshops and more.

The person who was chosen to lead and direct "Beats" was Ronit, a therapist by profession. For over 12 years she worked in Tel Aviv at the First Step center headed by Shay Silberbush who is a well-known figure in baby development.  The First Step center later became a college for development studies and Ronit decided to return to Sha'ar HaNegev. Today she resides in Kibbutz Mefalsim and until recently worked as a development instructor. "For a long time I wanted to establish a maternity leave home", she says. "I tried to get it off the ground, but wasn't able to. I wanted to build a place for women to come to, with their children, from the start of their pregnancy and even after. Then, following Protective Edge, talks began about building enterprises in Nahal Oz, and this is where the idea to establish a center came from. A tender was put out and I was happy to get the job".

In addition, they tell me the that a Mothers' zone will be set up in the "Beats" center with a certified kindergarten teacher, where mothers will be able to bring their children as they wish. There will be babysitting services, dynamic activities for mothers and their babies, and there is even a plan to include grandmothers.