Samantha Cohen was born and raised in Mexico City and has lived in San Diego since 2010.  She and her husband, Michel Cohen, have 2 children, Alejandro and Galia who are in 12th and 9th grade respectively at the San Diego Jewish Academy. 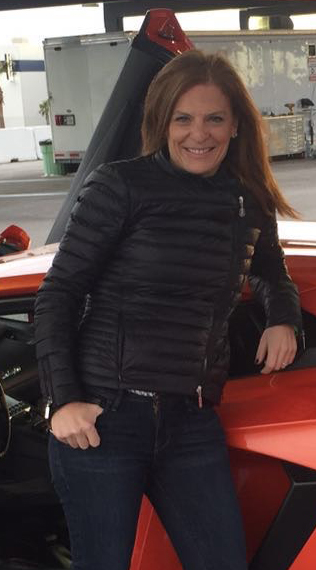 Samantha has a BA from Universidad Iberoamericana and graduated with honors.  She also holds a degree in digital arts from UCSD.  Her professional career has focused on sales and strategic planning for a dry cleaning chain in Mexico City and she is currently managing partner for Downtown Works, a co-working community here in the heart of San Diego.  Samantha also served as head designer for the space.

Philanthropy is a big part of Samantha’s life.  She was a co-chair of an organization called “Padres para Padres” that brought together hundreds of couples with young couples in the community.  The goals were to improve social interaction in the community and create a forum to learn about topics like childhood development and anti-Semitism in the world.  Additionally, Samantha helped co-create “Proyecto Huichpan” an organization that adopted an impoverished community and taught them the importance of nutrition for children.  She and her husband are also involved with “Bitajon Mexico” which oversees the security at the SDJA.  Additionally at the SDJA, Samantha is a volunteer for the PTO, Yajad and Atid programs.  She is an AIPAC club member and attended their 2016 AIPAC policy conference.

Samantha has proudly served on the Women’s Philanthropy board of Jewish Federation for the past three years and has had several rolls including co-chairing the social action committee and serving on the leadership development team.   When asked to identify the source of her inspiration, she stated, “I can’t say I had a single experience that influenced my Jewish identity.  Since I was a kid, I have been influenced by Jewish life, but I can say that one of the most impressive moments was going on the first group of the March of the Living in Poland when I was 17 years old”.