Alexandra Hirschhorn was born in Mexico City on September 11, 1974. She attended a Jewish Day School through High School.  She currently lives in La Jolla with her husband and their 15 year old triplets!

She has always been involved in community activities and service. She belonged to the Jewish Mexican Scouts, where she put to practice her leadership skills. She attended Jewish Summer Camps in Canada, and participated in the March of the Living 1992 as a HS Senior. She then spent a Semester at Tel Aviv University. 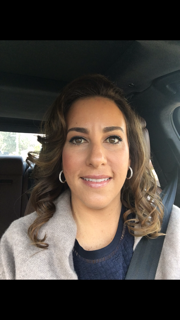 Alex has a BA in International Relations and has taken different classes and courses in both Mexico and San Diego on Jewish History, tradition, the Holocaust and other topics, including Melton.  She worked as the Cultural Attaché at the Israeli Embassy in Mexico from1998-1999, and then she worked as a High School English teacher in a Jewish Day School in Mexico City.

She is a firm believer in Judaism and Jewish Traditions, Community involvement, and leading a Jewish life by practicing Jewish values. She believes the best way to teach your kids is to lead by example and by involving them.

Alexandra knows that one of the main reasons why Judaism stands strong is because we are all responsible for one another, “Kol Israel Arevim Ze la Ze”. She strongly believes that we all have both the duty and responsibility to make sure our legacy prevails, and that our children grow up to be “Mentschn’n”, good people. She thinks that it’s critical to make sure that young people and the future generations understand what Israel means, how much it has cost us, and why.

She participated in a Federation Mission to Israel in 2009. Her contributions the San Diego Jewish community have been many, including chairing Options and a Lion of Judah luncheon for Federation and the FIDF Gala, to name a few. She believes in the work that Federation does in both Israel and around the world, and she finds it’s a great channel to make herself useful for her community and Israel.