The Jewish Federation of San Diego is proud to introduce four local young leaders who have been selected for National leadership roles. They are: Jonathan Aires, David Bramzon, Debbie Maizel and Marisa Polin. We will highlight one per week, for the next four weeks. 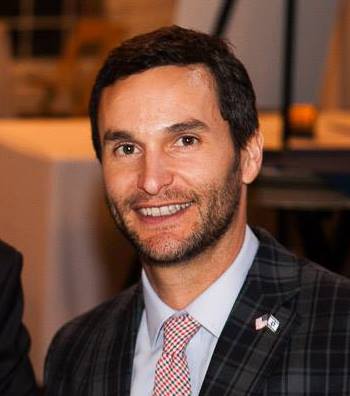 David Bramzon is in his 4th year on the National Young Leadership Cabinet and has been slated to be the 2017-18 national Vice Chair of Campaign. In this role, he will lead the philanthropic efforts of Jewish Federations of North America young leadership program.  He was born in Mexico City and grew up in San Diego.  He has a B.A. in Economics from the University of Pennsylvania.  David is in the commercial real estate business, focusing on development, management, and sales of properties in Tijuana, Mexico. He is a member of the AIPAC National Council and previously served as chair of the AIPAC San Diego council.  David is also a board member of the Jewish Federation of San Diego County, as well as a member of the Jewish Federations of North America National Young Leadership Cabinet.  He previously served on the San Diego boards of JNF, Stand With Us, as co-chair of Emerging Leaders at Jewish Family Service, and as co-chair of the ADL’s Glass Leadership Institute.  In his spare time David enjoys sports and fitness, particularly running, soccer and yoga. His other interests include film and non-fiction books.