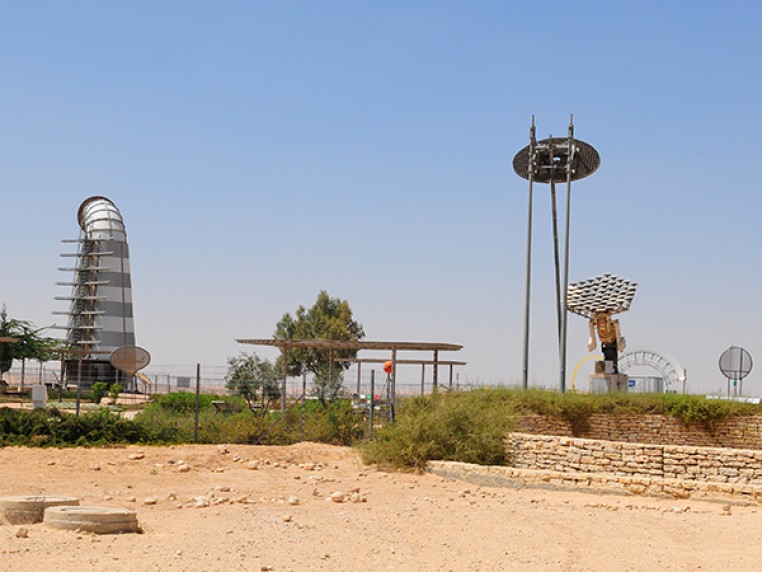 Lior came after high school. She wanted to know her country, better before she joined the army. Though she could only stay a few months, she knew from the first whiff of desert air that she would be back.

Yulia came from Belarus. She didn’t know what being Jewish meant until she took a Taglit-Birthright Israel trip, supported by Federation, at age 23. But that quickly convinced her to return to the heart of the Negev—to Nitzana.

A Place for Renewal

Nitzana is an educational eco-village nestled in the Negev, right near the Egyptian border. Federation funds this desert oasis through partner The Jewish Agency for Israel, part of decades-long support to Israel’s south.

Nitzana’s cutting-edge technology and laidback atmosphere attracts young Jews from around the world along with youths from across Israeli society—religious and secular, Jewish and Bedouin and more. They come to enrich Zionism, the earth and themselves by helping sustain Nitzana’s fruit orchards; by attending its rehabilitation center for children, academic seminars or prep course for prospective olim from the former Soviet Union; by reconnecting with old friends at summer camp; or just by meditating under a peaceful palm tree.

Yulia craved adventure. So with a scholarship from Masa Israel Journey, funded in part by The Jewish Agency and the Israeli government, she joined Nitzana Desert Sports Challenge, where she got to dive into her Jewish identity while diving off sand dunes on a dirt bike and scuba diving in the Red Sea. “Where else can you learn Hebrew, plus attend classes on Judaism and history and Jewish culture while having so much fun with Jews from all over the world?” she says.

In Nitzana’s pre-army national service program, Lior fell in love with inclusive, hands-on learning. After the IDF, she came back to teach ecology and science as well as Hebrew and Israeli culture. “The programs educate for specific values like pluralism and Zionism,” she says. “We believe everyone has the right to learn and have the same education no matter who you are. And Zionism is one of the things you can feel at Nitzana in the desert, in the apple field.”

Coming Home to the Negev

After her six-month program ended, Yulia made aliyah and moved to the Negev, near Nitzana. Transitioning from city girl to full-time desert dweller wasn’t easy, but there’s nowhere she’d rather be. “Until I was 23, I never felt like a Jew,” she says. “In Nitzana, through teachers and staff, I understood how great it is to be proud of your Jewish origin."

As for Lior, Nitzana is still with her wherever she goes—like in the program she runs to help her peers make the Negev their home. “I see myself as part of a bigger mission—to help make this area stronger, to help young adults live here and encourage other young people to become a part of this region.”