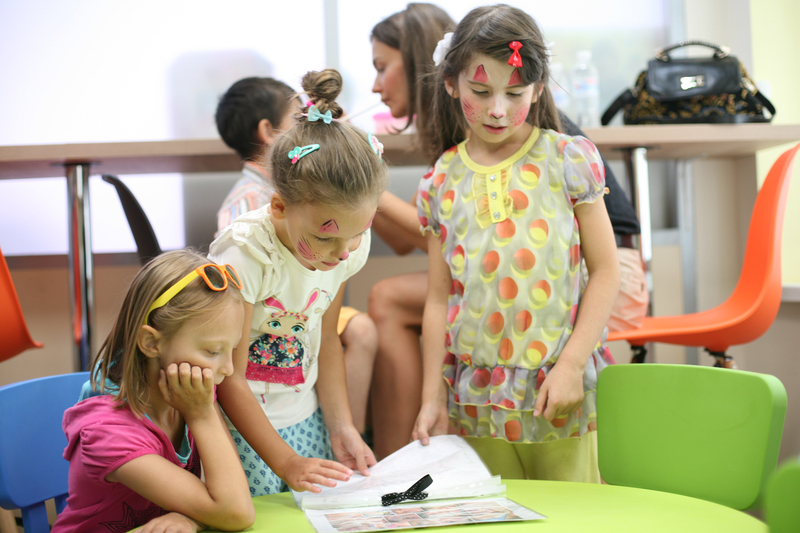 When you support Federation you support the life-changing work by our partner The American Jewish Joint Distribution Committee. Thank you for all that you do.

Despite many ongoing challenges in Ukraine today, Jewish life is thriving.

Yesterday, Kiev’s Jewish community and JDC held a special dedication for the Halom Jewish Community Center (JCC) in a ceremony that highlights the incredible revitalization of Jewish life since the fall of Communism, and even in the face of the current crisis.

In just two months of opening, the Center, a hub for Jewish cultural, educational, community, and social service programs and activities, has already seen 500 visitors and expects to see many more in the coming months.

The Halom JCC celebrates Jewish identity in every sense of the word, and the building, located in central Kiev, was designed to bring the broad swath of the city's Jews together to create a self-sustainable Jewish community.

The name Halom, Hebrew for dream, and the logo for the facility were even chosen after a community-wide vote.

Multiple organizations and services are housed within the Center’s four floors that are spread over 17,000 square feet, such as Jewish Family Service (JFS), where at-risk families can access key resources they need, and a JDC office.

Also, displaced Jews who fled eastern Ukraine are better able to adjust to their new location as they engage in activities at the Halom JCC.

“The Halom JCC is like a dream. It is very bright and colorful, and already has children’s artwork proudly displayed in its entry way. We designed the furniture in different classrooms according to the ages of the students, so that it matches their exact height," said Anna Bondar, Director of the Halom JCC. “It’s truly like a children’s paradise!”

The Center has activities for children including early childhood programs, baby and prenatal yoga, speech therapy, and mental health assistance; in addition to classes ranging from music and cooking to Hebrew and English language courses.

Additionally, the JCC-based Youth Club is the perfect place for teens to come together and bond with their peers while playing Xbox, cooking in their own kitchen, participating in a leadership-training program, Sunday school, cinema club, vocational assistance program, weekend camping experiences, or touring historic Jewish sites in Kiev.

JDC CEO Alan Gill noted in his remarks the importance of Halom, especially in the context of JDC's work across Ukraine and the former Soviet Union, and below excerpts from the dedication ceremony yesterday:

Across the FSU, we support dozens of JCCs, including in the major Ukrainian cities of Kharkov, Odessa, Dnepropetrovsk, and Zaporozhe.

The JCC model has served a particularly unique purpose in post-Soviet society, twinning an American Jewish community concept with the cherished and esteemed cultural and intellectual acumen of Jews in this region.

So alongside Shabbat and holiday celebrations, Hebrew and Yiddish classes, early childhood frameworks, teen and youth clubs, and sports, you find classical music concerts, book clubs, and discussion salons touching on all matters of history and the arts.

This has helped produce a vast and miraculous grassroots Jewish culture and thousands of self-identified Jews, doing things Jewish, on their terms.

That commitment to Jewish life and the Jewish world has been paired with another one of our Jewish values: caring for the needy among us.

Today, around Ukraine, we are working together to serve tens of thousands of poor Jews, both elderly and families in need. That work, which continues today given the numerous challenges facing our community’s most vulnerable members, is critical.

Not just because their need is dire, but because it is a measure of our success in working together to create Jewish communities that can provide for those who cannot care for themselves.

The Halom JCC takes a step forward in this direction, including for the first time ever in a fully integrated concept programs for children at risk and a club for the elderly.

Because these seniors and children are as much a part of the community as all others who partake in the JCC. They are our neighbors, friends, and even our family.

Without them, community is not complete. Halom would be incomplete.

I am so very proud that we have worked to ensure their inclusion and have built here in Kiev, a city I have visited many times, another institution to secure the Jewish future in Ukraine.”