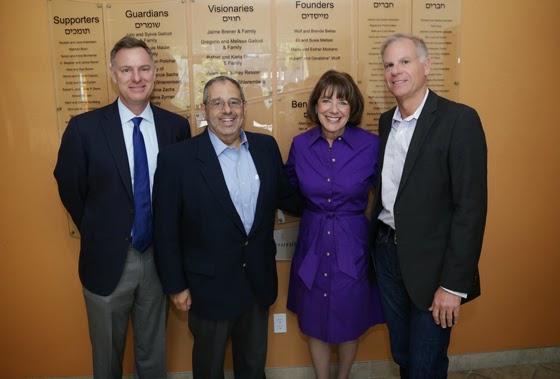 Have you ever wondered how you or your parents will be cared for when living on a fixed income and no longer able to live completely independently? So many San Diego families grapple with this question, and on March 27, Jewish Family Service and the Jewish Community Relations Council hosted a Community Connections event that addressed it head on.

Did you know that San Diego County benefits from more than $14 million in Older Americans Act funding each year—and Jewish Family Service is one of the recipients of nearly $1 million of this funding, which supports important programs like Foodmobile? The Older Americans Act has not been reauthorized since 2011, but reauthorization is starting to gain traction in Washington. Congressmembers Davis and Peters encouraged event attendees to engage in advocacy to ensure reauthorization this year.

Now is your chance to tell Congress there is strong backing for the Older Americans Act programs that support millions of older adults’ independence, health and well-being, as well as supporting their caregivers. Call California Senators Boxer & Feinstein and ask them to reauthorize the Older Americans Act with a 12% funding increase. You can reach them at: 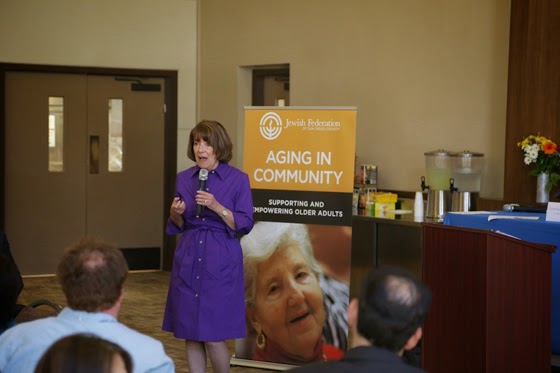 The Community Connections program also included a panel of experts who educated over 80 attendees about healthy aging and innovative local programs that support the ability of seniors to age independently in community. We learned that by 2030 one in five Californians will be a senior citizen—today it’s closer to one in ten. The economic and social consequences will be huge, and San Diego is poised to be home to an even greater share of older adults.

This wave of seniors isn’t necessarily a crisis according to panelist Danielle Glorioso, Director of the Center for Healthy Aging at UC San Diego. She sees this population shift as a Golden Wave, and an opportunity for San Diego to develop innovative ways to support healthy aging through scientific research and advancement in our bio-tech sector along with creative service delivery mechanisms that support seniors to age in place.

Panelist Meredith Morgenroth, Director of Transportation at Jewish Family Service, described the innovative and impactful On the Go: Transportation Solutions for Older Adults—a nationally-recognized program—which exists because of the visionary leadership and support of Federation and the Jewish Community Foundation. On the Go has provided over 200,000 rides free of charge to seniors since its inception ten years ago.