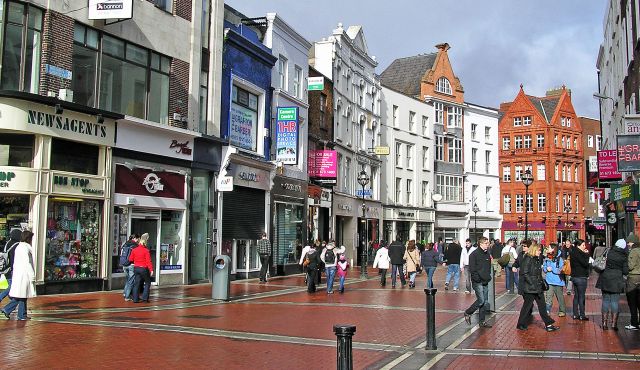 Arresting a decades-long decline, the Jewish population in Ireland rose by nearly 30 percent between 2011 and 2016, The Irish Times reported Friday.

The figures came to a surprise to many, since the Jewish population of Ireland was thought to be in terminal decline after reaching a high of nearly 4,000 in 1946. The 2016 figure was the highest recorded since the 1971 census.

The Irish Times attributed the increase to the influx of young Jewish professionals working with high-tech U.S. multinational firms, which have set up offices in the Emerald Isle.

The newspaper also noted that the vast majority of the new arrivals “follow the trend of young people in the other larger faith groupings and are believed to be primarily secular and non-practising.”

Maurice Cohen, the chairman of the Jewish Representative Council of Ireland, told the Irish Independent, “The reality is that the accurate number of Jewish people living in Ireland today will be easily in excess of 3,000.

“When you take into consideration those who are not practicing regularly and those who are in mixed-religious marriages, I’m sure the actual number of Jews in the country is higher than that reflected in the census,” he said. “Then there are a few who, for one reason or another, will not put down ‘Jewish’ for personal reasons.

Commenting on the influx of young high-tech professionals, he said, “We’re getting to a stage now where the new wave of incoming Jewish migrants may outnumber the traditional population, which have been here for so long.”

The Independent noted the absense of a “Jewish” tick-box option on the census form, meaning recipients had to complete the “other” box in the “religion” column and manually insert the word “Jewish” – which it called “a major bone of contention for the Jewish community.”

In March 2016, Haaretz reported that Ireland’s Jewish community expected the census to confirm its worst fears about an ongoing exodus. The 135-year-old synagogue in Cork, in southwestern Ireland, shuttered in April 2016 because of falling membership, leaving only three synagogues in the entire country, all of them in Dublin (down from 11 in the 1940s).

There is also one synagogue in Belfast, north of the border in Northern Ireland.

While references to Jews in Ireland date to 1079, the first permanent settlement was established in the late 15th century by Marrano Jews expelled from Portugal.

The Jews were never a massive demographic force there. The majority arrived from Lithuania in the late 19th century, escaping persecution and disembarking in Cork – either because they sensed the upcoming warm embrace, as some would have it, or because they mistakenly believed they had reached New York.