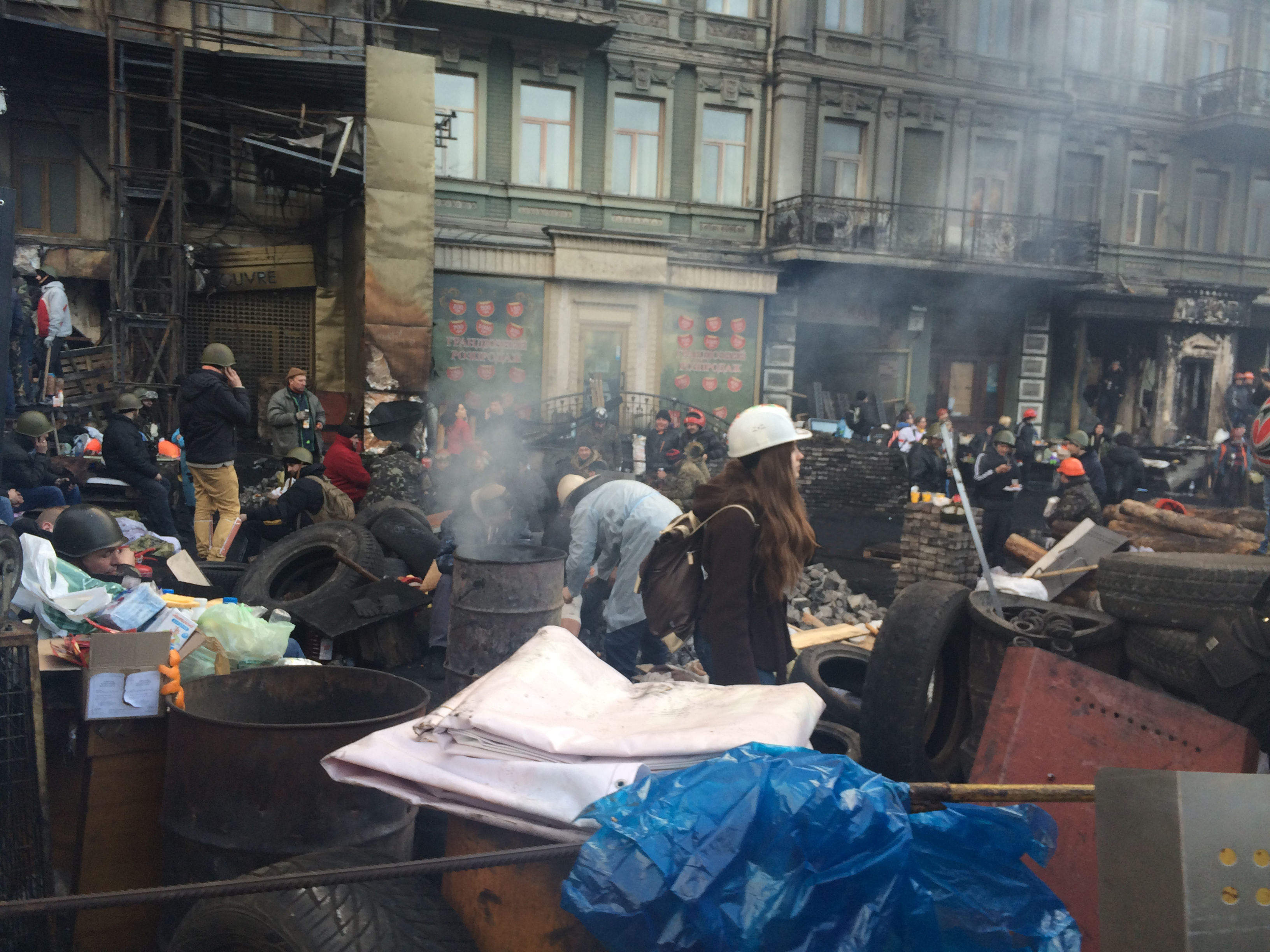 What started as a political crisis in November 2013 has evolved into war and near humanitarian catastrophe in Eastern Ukraine. As social and economic conditions in the country continue to deteriorate, every aspect of daily life is affected. The Jews of Ukraine, the world's fifth largest Jewish population, are not immune. They face a crumbling economy, terrifying war realities, political instability, ethnic tensions and anti- Semitism.

At present about 200,000 Jews live in Ukraine. The Jewish population of Ukraine is mainly concentrated in Kiev and Western Ukraine (68,000), Eastern Ukraine which includes conflict areas (100,000) and Odessa and Southern Ukraine (30,000).

In January 2017, after more than a year of relative calm and strained stability, the emergency has reemerged. Both the Ukrainian army and the pro-Russian separatist forces maintain large forces on the border. There are constant ceasefire violations in the Donetsk and Luhansk regions. Ukraine reports 5-10 soldiers killed each day in local fighting. Citizens of Donetsk report 20-50 injured in the city suburbs every day. The socio-economic situation in Eastern Ukraine remains very problematic. The banks are non-functional; most companies are closed. Food supply is problematic and medical services are severely limited. Synagogues in Luhansk and Donetsk are operating soup kitchens to serve hot meals to everyone, not only Jewish citizens.

Since the very outset of this crisis, The Jewish Agency for Israel offices in Eastern Ukraine have remained open and active. Bombings and fighting continue even today. The shelling of Donetsk earlier this month was only five kilometers from The Jewish Agency offices. Despite the uncertainty, there have been no changes in our work in Ukraine, and no plans to cancel any activities. We continue to do as we have always done:

The Mayak Center for Displaced Persons has served close to 2,000 people since it opened its doors in the summer of 2014; in 2016, the Center helped 40 displaced people a day. The Center remains ready to accept large groups of refugees as the fighting escalates in 2017. Our local staff members are planning to take a minimum of another sixteen people out of the fighting zone by mid-February. Residents stay on average for 20 days, while they await their Aliyah visas. While they are in the Center, we providethem with Aliyah-preparation seminars and other activities to prepare them for life in Israel.

Many of the Jews who flee the conflict regions arrive at The Jewish Agency Center for Displaced Persons in difficult psychological conditions, some in a state of severe trauma.

The Jewish Agency continues to work with its worldwide partners to offer these refugees the very best care and support. Recently, we started a series of group treatments with Mr. Danny Shandor, a former Head of the IDF Mental Health Department and a former senior therapist in NATAL (the Israeli Trauma Center for Victims of Terror and War).

The problem of travel between Ukrainian zones and those controlled by separatists’ forces still remains and it directly impacts our humanitarian work. The crossings are open only eight hours a day and are closed often as a result of fighting. Private vehicles are not allowed on the roads. A one-way ticket costs 500 hryvnia ($20), which is more than 10% of the average monthly salary in the region. Jews who arrive at our Mayak Center have overcome great difficulties and are desperate for our assistance and guidance.

Since the beginning of the crisis, The Jewish Agency offices across the country have seen an upsurge in Aliyah inquiries and applications. 5,851 Olim arrived from Ukraine in 2016, 21% less than the previous year. The latest developments as of January 2017, may force people to re-think their future plans and search for a better life in Israel in 2017. Our joint efforts with Ofek Israel and the Ministry of Aliyah and Absorption can help Jews make the decision of their life easier. The economic situation in Ukraine has improved slightly; while the fighting in the region is far from over, people have become accustomed to the situation and prefer to stay longer to prepare wisely for their Aliyah and choose a suitable track for initial absorption. The difficult economic, political, and social situation in Ukraine makes Jews think and re-think where they want to live their lives and we are doing everything to make Israel an attractive option.

Earlier, we saw that people who had fled Donetsk or Luhansk often returned to their hometowns. Our field professionals now report that this phenomenon has stopped; having fled Eastern Ukraine, many refugees remain in Ukrainian territory, find sources of income, and live in rented apartments. There are no rabbis in Donetsk and Luhansk and Jewish organizations are working in more limited ways. The Jewish Agency representative in Donetsk continues to serve the Jews who chose to stay. Our ongoing work in the region continues:

Security: Hundreds of thousands of dollars are provided annually to secure Jews in Ukraine. Jewish gathering places and schools are often targets of attacks and equipment such as surveillance cameras, bullet proof glass and double gates have significantly enhanced security.