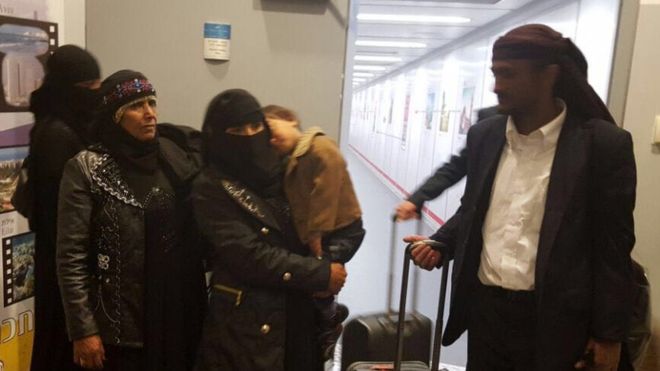 The Jewish Agency for Israel is directly funded by the Jewish Federations of North America and provides life-saving aid and support to Jews around the globe when they are in their most desperate times of need. When you support the San Diego Federation, you are supporting rescue missions such as this one and much more. Thank you for all that you do.

Some of the last remaining Jews in war-torn Yemen have been brought to Israel in a secret mission.

The Jewish Agency, which is responsible for Jewish immigration to Israel, said 19 people had arrived in recent days, among them a rabbi carrying a 500-year-old Torah scroll.

The non-profit organization said some 50 Jews had chosen to stay in Yemen.

Since 1948, 51,000 Jews have emigrated to Israel from Yemen, which has one of the world's oldest Jewish communities.

Almost all of them were brought to Israel as part of Operation Magic Carpet in 1949 and 1950.

In recent years, some 200 Jews have left as attacks against the Jewish community have increased and the country has descended into war.