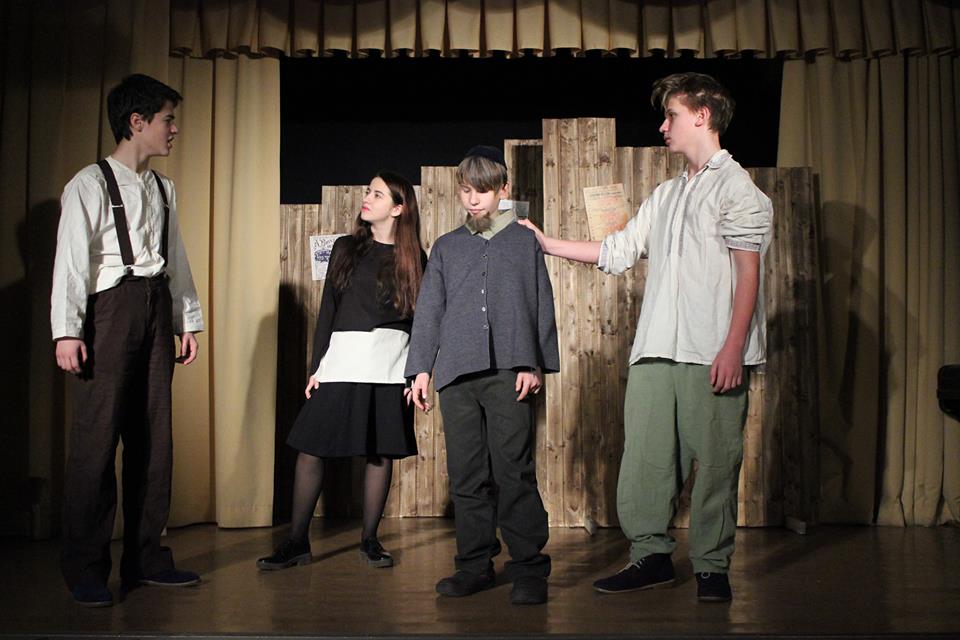 The American Jewish Joint Distribution Committee (JDC), along with World ORT, two organizations funded in large part by your support of Federation exist to support the many needs of Jews around the globe as well as help engage younger generations to form a strong worldwide Jewish community for generations to come.

As the 60 elderly clients of JDC’s Hesed social welfare centers in Moscow entered the city’s ORT Moscow Technology School, they were swarmed by students. Delighted, they began answering dozens of their questions – thrilled to be back in school again.

The group was there for a special event, a performance of the play “Dreyfus,” based on the Jean-Claude Grumberg book about Jews living on the outskirts of Vilnius in 1930. In the book, a group of Jewish artists in the village enjoy amateur theater, usually performing melodramas and satires. But when the theater’s director writes a political play about the Dreyfus affair, the actors eventually all find themselves in concentration camps.

“We’ve performed this play four times before, but today we are more excited than ever before,” said one 10th-grade actress. “This is first time we’re going to perform in front of real-life witnesses to the kind of events we describe in the play.”

After the play, the Hesed clients – from the city’s Nadezhda, Etel, and Yad Ezra centers – silently left the theater. Many had tears in their eyes.

“The atmosphere of the shtetl was recreated,” one Hesed client said. “We even heard it in the language, traditional Jewish expressions we remembered from our parents but we hadn’t heard in years.”

“We have to talk about these kinds of issues, to pay attention to what happened to ensure it never happens again,” he said.

Another young actress said she found it difficult to portray an anti-Semitic character.

“I’m Jewish and for this role, I had to overcome my own nature, to say things like, ‘Jews, I hate you,’ and ‘I want to kill you,’” she said. “Luckily, I believe that the events that happened then would never happen again.”

The experience was meaningful for both the teens and the elderly clients – an event to remember for vulnerable Jews who rarely get the chance to leave their homes.