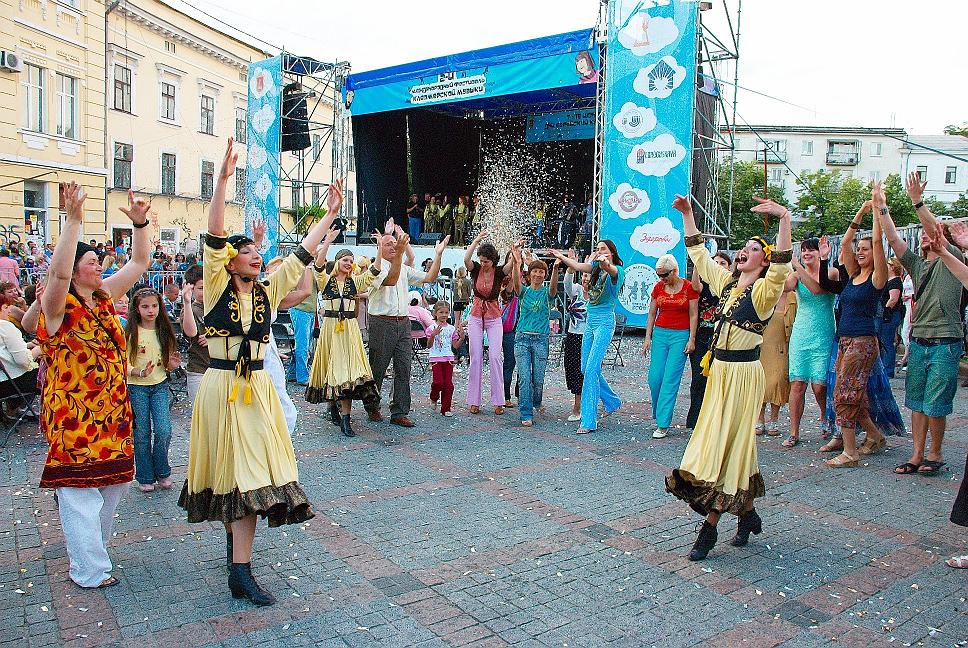 Some 600 people converged on Odessa, Ukraine, on Feb. 5 to celebrate the 25th anniversary of the city's Migdal Jewish Community – the first JCC in the former Soviet Union (FSU).

“Our JCC started in 1992 with just a few Jewish renewal programs that we offered on Sundays. We started from scratch and our biggest motivation was to return ourselves and our friends and family members to our Jewishness," said Kira Verkhovskaya, chair of the JCC's board. "We now have over 100 programs offered in three locations. We do summer retreats and Shabbatons, publish materials on Jewish education, run seminars and conferences. But our main achievement is that we have become the Jewish family where you have a home forever. You come here as a kid, you grow up, meet your future spouse, create a family, and then bring your own child here again."

In addition to local projects, Migdal JCC works on joint projects with the Jewish community of Baltimore, a partnership that has enabled Odessa's teenagers to go to Baltimore to participate in JCC Maccabi Games, JCC art festivals, educational exchanges, and more.

The show's two characters – David and Leba – are preparing for their bar and bat mitzvah (the total sum of their ages is 25 – like the anniversary being celebrated). Two angels (black and white) have an argument over whether the children are ready to overcome the obstacles they'll face. The show had a cast of 160; the children, teenagers, and parents who participated are members of Migdal's singing, dancing, and drama groups.

There were also performances by creative groups run by former Migdal Or and Migdal activists, and by a group from Odessa's Beit Grand JCC. The event also featured messages of congratulations from Baltimore, other Jewish communities in southern Ukraine, and Migdal members now residing in other parts of the world, adding to the celebration's “global” atmosphere.