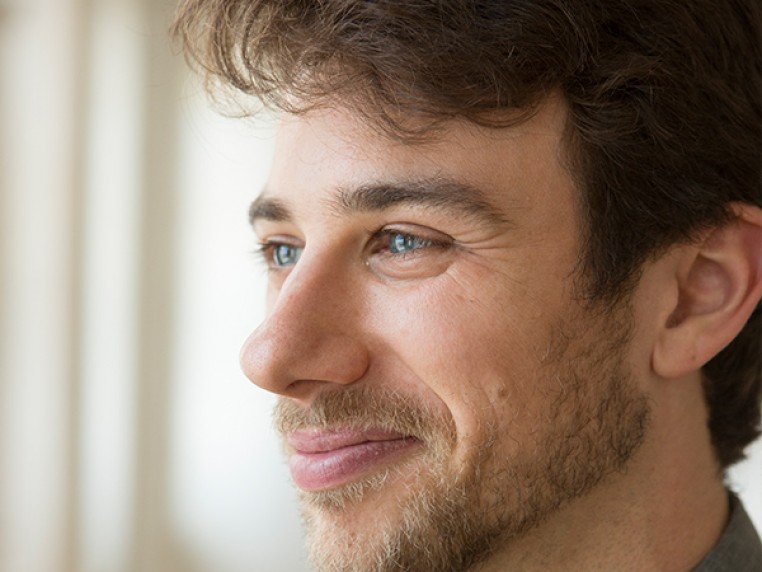 The south of Israel can be a tough place to live. Besides the oppressive heat, there’s the constant threat of rockets from Gaza. But amid the sand and the sirens, there is an oasis where 19-year-old Itay could grow up and flourish free of fear.

At 15, Itay moved with his family from Israel’s center to a kibbutz in the Negev. Along with the move came a new school, Sha’ar HaNegev, that’s helping revitalize the region. With funding from Federation and partner World ORT, Sha’ar HaNegev’s green campus combines hands-on activities with rigorous Jewish learning. Itay found a home in its art center and cutting-edge science and technology workshops, which helped the budding film editor hone his skills.

But before doing his army service and maybe pursuing a film career, Itay wanted to give back and explore a Jewish world that had already given him so much.

A Year of Service

Itay joined an elite group of 98 young Israelis collectively known as Shinshinim because they are engaging in Shnat Sherut, Year of Service. A program of Federation-funded The Jewish Agency, Shnat Sherut gives these recent high school graduates a chance to volunteer in and explore Jewish communities around the world.

In America, Itay has plunged head-first into the art of building Jewish community and connection to Israel. Every day, he works with kids at two synagogues and a day school to make the magic of Israel—a magic that he knows so well—come alive for them.

Israeli holidays spur Itay and his fellow Shinshinim to bring their involvement to a whole new, personal level. For the back-to-back commemorations of Yom HaZikaron (Memorial Day) and Yom Ha’atzmaut (Independence Day), they prepared two days’ worth of programming at institutions across the community.

As he began the Yom HaZikaron ceremony, he expected it to remind him of just how far from home he was. But when he felt the gravity in the room and saw tears welling up in the Americans’ eyes, it felt like the community had brought Israel to him. “The ceremony was almost like in Israel, and although it wasn't in my country, I felt like these people are my second home,” he said.

Throughout memorials, concerts and raucous parties in honor of the Jewish State’s founding, he couldn’t help but be touched at how much meaning the holidays held for the entire community. “We try all year to connect people with Israel in new ways,” he says. “It’s so gratifying when they let me know we’re succeeding.”

With help from World ORT and The Jewish Agency, Itay has gone from a kid from a small desert town to a rising young filmmaker and ambassador for Israel. “If my experiences have taught me anything,” he says, “it’s that everyone has something to offer, and the goal of Jewish community is to help everyone contribute in their own unique way.”