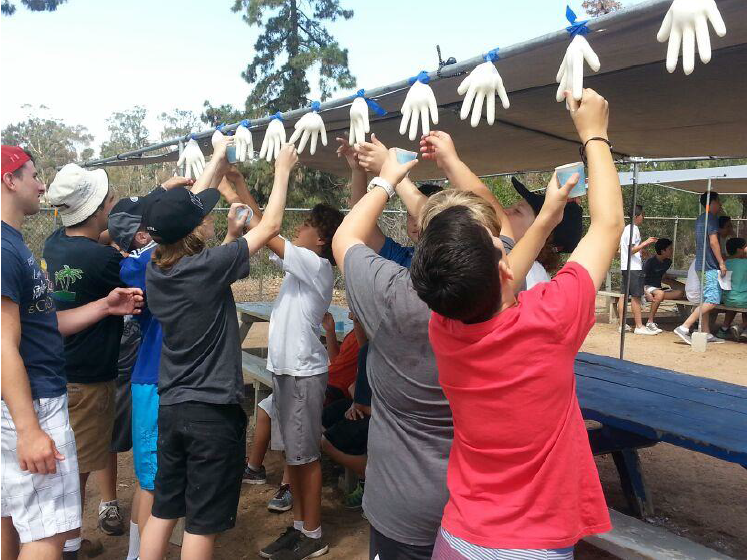 Is there an English equivalent for the Hebrew word 'hagshama'? The dictionary gives us the word 'fulfillment' - but it appears to miss the mark in terms of meaning.

Peleg Rappaport (Kibbutz Bror Hayil) one of ten teens who traveled to San Diego this past June to serve as counselors-in-training at local Jewish summer camps, searches for the words to express what she felt while guiding children and teens at camp; at the same time she searches for a way to qualify their attitudes towards to Israel.

"For me, this delegation was an eye-opener. For the first time I heard stories of immigration to Israel, motivated solely by Zionism; I witnessed Jewish fellowship in the Diaspora; I understood the significance of exposing Israel to Jews across the world."

Sha’ar HaNegev CITs worked with three local Jewish day camps. The teens joined the local staff of counselors, stayed with host families, and discovered San Diego and its Jewish community, including its connection to Israel and Sha'ar HaNegev. The Israeli teens were asked to bring their Israeli character to the camps, their connections with different places, people, and customs.

When the Israeli teens were challenged to build an Israel-related activity, they pondered over what would reach the American kids and what would connect them.

"In the end we chose to focus the activity on three stations: Israeli symbols, Israeli music, and Israeli food," said Bar Belkin from Kibbutz Bror Hayil. "At the first station, the kids were given a white cloth, a reminder of Israeli symbols, and an open corridor for them to express their creativity and interpretation of the symbols. At the second station, we explored their previous knowledge of Israeli songs. Together, we looked into the significance of a few songs, focusing on a number of our cherished artists such as Arik Einstein. In order to complete the Israeli experience, they learned to dance the hora. At the third station, we made pita bread from scratch, which afforded us an engaging group experience."

When asked about the program Peleg Rappaport said…

"I think that everybody got something out of this. The American Jews benefited from becoming familiar with a different culture. And, we got something out of it as well. In my opinion, we gained the most from the campers themselves. We gave them so much and witnessed how it came right back at us. We made new friends and had multiple experiences that we're sure to remember for the rest of our lives."