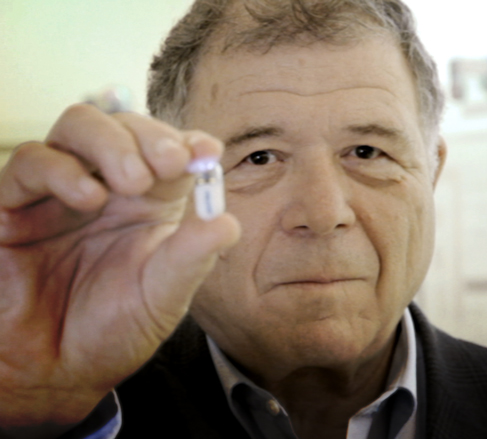 As the field of endoscopy developed in the twentieth century, easy and accurate visualization of the small bowel remained elusive. Gastroscopes and colonoscopes enabled medical practitioners to explore the highest 1.2 m and the lowest 1.8 m of the human digestive tract, but the middle 6 m, constituting the small intestine, remained more difficult to approach.

Traditional diagnostic tools like x-rays and ultrasounds could not provide direct visual access to the small intestine. At times doctors were forced to use exploratory surgery for small bowel diagnostics, an approach both risky and substantially uncomfortable for patients. These limitations decreased the chances of successful early detection for gastrointestinal diseases.

In the mid 1990s, Israeli inventor Gavriel Iddan launched a transformation in the field of gastroenterology by pioneering the idea of wireless capsule endoscopy. In 1998, Mr. Iddan co-founded Given Imaging to market his new prototype. In 2001, his invention was officially released.

Measuring 11 mm by 26 mm and weighing 3.7 grams, the PillCam SB capsule contains an imaging chip video camera, six LEDs, two silver-oxide batteries, and a radio transmitter. The patient in need of diagnostics swallows the capsule, which then, as designed, safely travels through the patient's digestive tract and is naturally excreted.

The PillCam SB capsule contains a transmitter that sends signals to sensors worn by the patient. The patient also wears a pager-sized device that records all of the data, which is transmitted at the rate of two images per second-- approximately 50,000 images in total. During the capsule's 8.5-hour exploration, the patient can move around normally. The procedure requires no bowel preparation or sedation.

Since then, the PillCam SB video capsule has been used close to 1.5 million times by more than 5,000 medical facilities in more than 75 countries, establishing wireless capsule endoscopy as the global standard for small bowel diagnostics. Given Imaging has enjoyed significant financial success from the sales of PillCam SB. In 2010 alone, the company sold 221,300 capsules and reached an annual revenue of $157.8 million.  Given Imaging has further developed a line of PillCam products, including PillCam COLON and PillCam ESO.