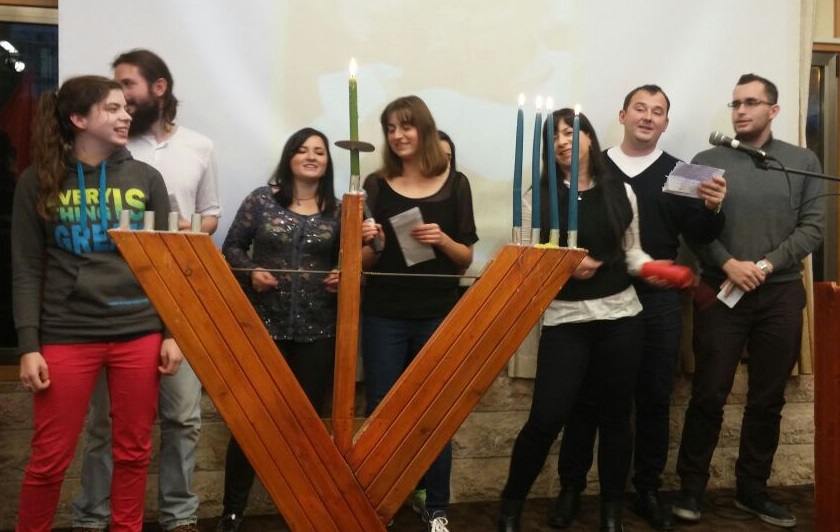 One hundred young immigrants who have arrived in Israel in recent months from 29 countries lit the “global Chanukah” (Chanukah menorah) last night (Tuesday, December 27) together with Chairman of the Executive of The Jewish Agency for Israel Natan Sharansky. The festive event, which took place at Kibbutz Tzuba outside of Jerusalem, brought together participants in The Jewish Agency’s Kibbutz Ulpan program, who spoke about their personal Hanukkah miracles and journeys to Israel.

The ceremony was hosted by a recent immigrant from France and four immigrants—from Brazil, Canada, Italy, and Russia—lit the Hanukkah candles. Alexandra, who recently arrived in Israel from Russia, said that she had visited Israel several times on Jewish Agency programs and came to realize that Israel was her home. “Lighting the Hanukkah candles as an Israeli is my true Hanukkah miracle,” she said.

Jewish Agency Chairman Natan Sharansky said: “The miracle of Chanukah takes places in every generation and it depends on us. If we are connected to our roots and to one another, we can prevail over any foe and overcome any threat.”

The Jewish Agency’s Kibbutz Ulpan program enables young immigrants to spend their first few months in Israel living on kibbutzim across the country, where they engage in intensive Hebrew studies, enjoy enrichment programs and career or academic guidance, and are paired with host families, who accompany them throughout their integration into Israeli society. Some 700 young people from around the world participate in the program each year.