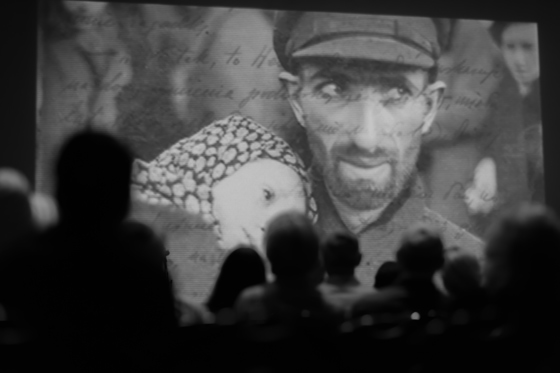 On Sunday April 23, Federation hosted its annual Yom HaShoah commemoration at the JCC, inviting the San Diego community to gather in remembrance and reflection, and vowing to never forget the horrors of the Holocaust.

The theme for the event was Memory and Morality: Confronting Indifference.  The program included a honoring tribute to Elie Wiesel, who has been regarded as the keeper of memory. The program also keynote speaker Roberta Grossman, and previewing of the upcoming film Who Will Write our History with Grossman as film's executive producer.

Local survivor and inspiration Rose Schindler provided remarks from the New Life Club and lit a candle in memory of all community Holocaust survivors who died this past year.  Other surivivor familes were invited on stage to light candles of rememberance. Barbara Ostroff, chairperson of the commemoration shared opening remarks and the commemoration included prayer reflections led by Rabbi Leonard Rosenthal, and music by the J Company On the Town Ambassador Troupe.

The program concluded with a moving moment of singing Hatikvah, led by our community's youth choirs to show our community's Holocaust survivors that the torch is being passed down to the next generation - l'dor va'dor.

See photos from the event here.