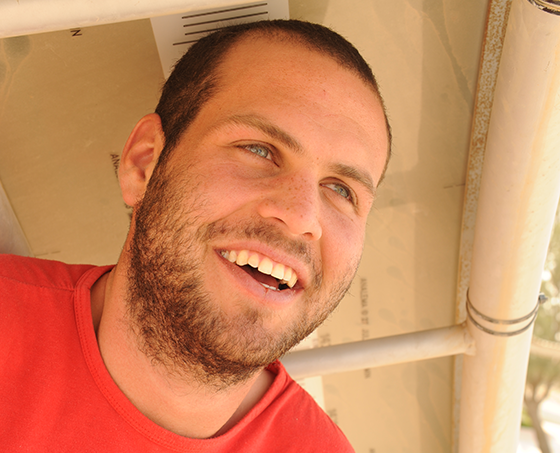 By supporting Federation you enable us to fund great projects run by our partner The Jewish Agency for Israel, helping countless Israelis make a difference in their communities.

Shai Pinhasi had just served four years in the IDF. He had enrolled in Bar-Ilan University, a first step toward achieving his dream of earning a master’s in clinical psychology. But he felt something missing.

Looking for a way to advance his studies and give back to the community, the 23-year-old discovered Choosing Tomorrow, a program of Federation partner The Jewish Agency for Israel. He knew instantly it was the perfect fit.

Choosing Tomorrow encourages young Israelis to make a difference in their country’s developing areas. Participating college students start out attending activities focused on team-building, leadership development and regional issues. Later, they develop and pilot community service initiatives together. Scholarships from the program help support them while they work for change.

With his cohort, Shai helped develop Thinking Far, a mentorship program at two elementary schools in south Tel Aviv. Choosing Tomorrow mentors, who, like Shai, grew up nearby, were matched with fifth graders. They learned about their young students’ achievements, dreams and goals, then helped them develop strategies for turning those aspirations into reality.

At the end of each of the four Thinking Far sessions, mentors told inspirational stories of how they came from that very school—often the same classroom—and went on to college. In the last session, everyone visited Bar-Ilan so the children could get an early taste of higher education.

Big Plans for the Future

For Thinking Far mentors, the goal is nothing less than changing students’ lives. “We chose to work with younger students because at [that] age, they have not yet formed limiting beliefs about their abilities and potential, and are not as restricted by their environment,” Shai says. He is confident his program is encouraging students to look beyond self-imposed limits. “I have no doubt the sessions leave a lasting impression on the students, even if in a subconscious way,” he says. “It was immensely satisfying for us.”

Shai has big plans for Thinking Far. He wants to double the number of schools and sessions, improve feedback from teachers and include outside professionals. And when it comes to big plans to secure the future of Israel, he knows that The Jewish Agency will be with him at every step, offering support and guidance.