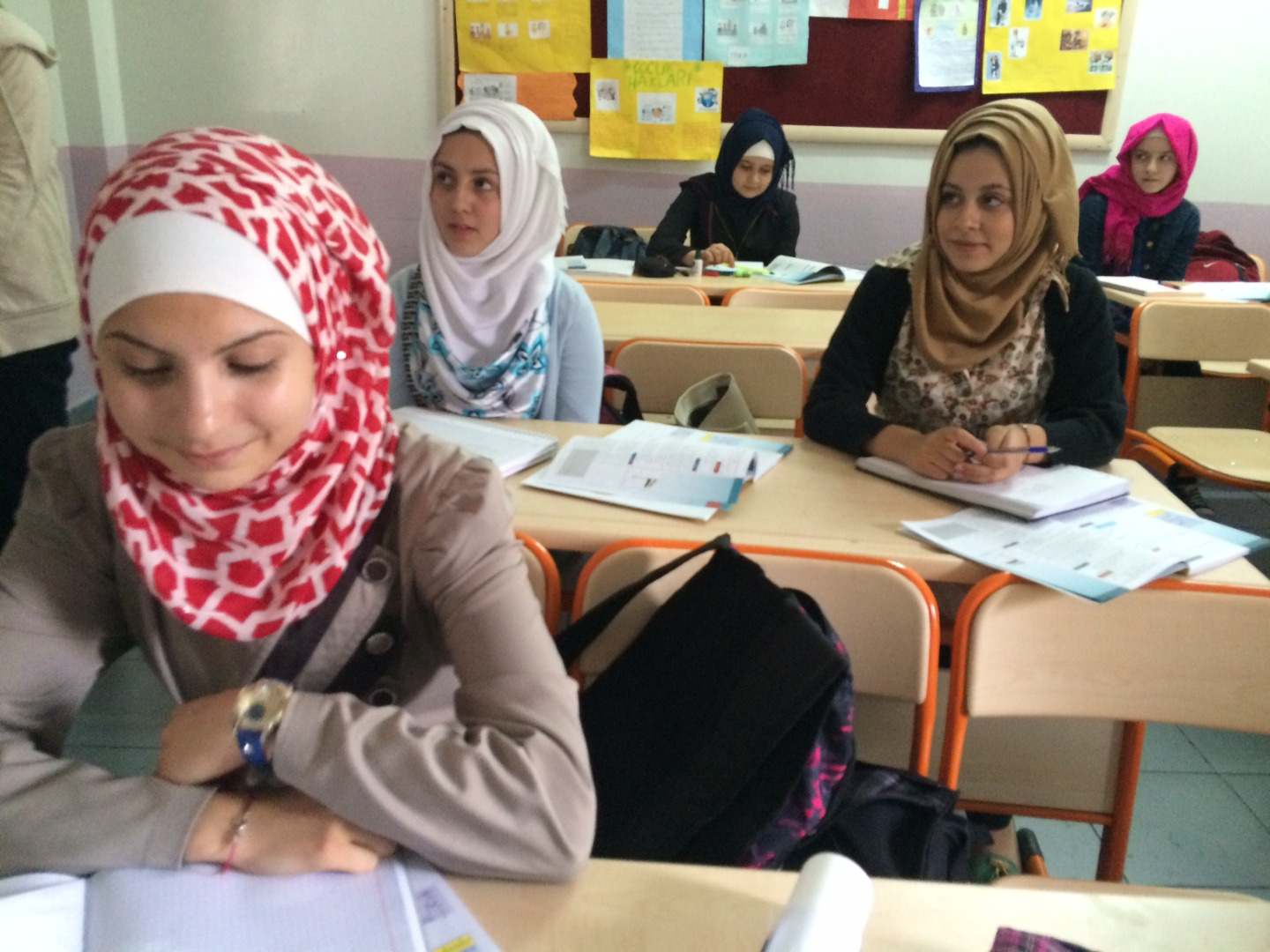 Recently, I had the privilege of working with our partner International Blue Crescent (IBC) and Ishak Ibrahimzadeh, president of Turkey's Jewish community. We were in Gaziantep, Turkey's sixth-largest city with about 1.25 million people and now the home of an estimated 250,000 Syrian refugees.

IBC runs five schools and child-friendly centers across the city in areas where refugees have settled. The school we visited today has about about 700 Syrian children between grades one and 10. They study each day from 3 to 7 p.m. after Turkish school kids have vacated the building and are instructed by Syrian teachers who are certified to teach a Syrian curriculum in the Turkish language.

Ibrahimzadeh, a trained engineer, taught an algebra lesson to a group of 14-year-old Syrian girls from Aleppo, Homs, and Damascus; most in the group had arrived in Gaziantep over the last 18 months, when life in their homeland became unbearable.

"We call them refugees, but each has a name and deserves a peaceful home, even though Turkey creates miracles," Ibrahimzadeh told me.

The Turkish Jewish community has an ongoing relationship with IBC and helped us on this visit by checking the school supply kits we provided to refugees. The community contributed to JDC's response to the 2011 earthquake in Van, Turkey, and continues to fund the school and even provide some scholarships to outstanding students looking to study in one of western Turkey's universities.

I am very impressed by our partners. IBC has top-notch development professionals on the ground across the region, and cutting-edge models such as Child-Friendly Spaces and dedicated school administrators work to ensure each Syrian refugee child has access to a quality education.

I met an English teacher named Muhammad who came to Gaziantep from Aleppo 17 months ago. Before coming to Turkey, life in Syria was like this: "You could wake up one morning, and your neighbors were gone and their house bombed."

"Every day was more and more dangerous, and it was only a question of time when something terrible on your own doorstep," he told me. "I left and took my wife and five children with me. Now that we're in Turkey, thank G-d we are able to help these children study and smile."

Traveling here with our community partners helps me understand the impact our support has. The Jewish community in Turkey is moved to help and will continue to augment our efforts by supporting the schools.