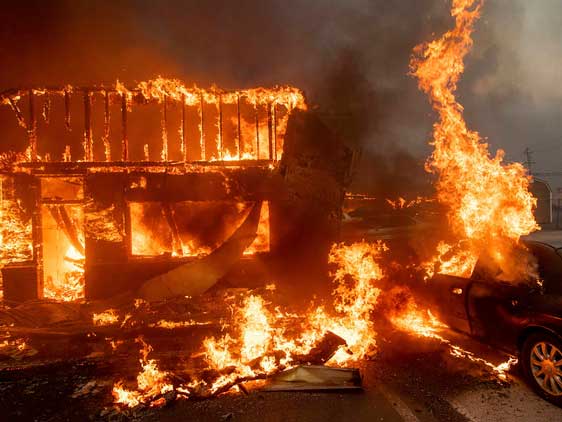 The past week has been a difficult one up and down our State. Communities in Northern and Southern California are literally burning and need our help. Three major fires have devastated entire communities, leaving people displaced and homeless.

Our sister Federation in Sacramento is 90 miles south of the Butte County Camp Fire, the most destructive fire in California history. As of Tuesday morning, more than 40 individuals have lost their lives and the homes of 6,500 families have burned to the ground. The Jewish Federation of the Sacramento Region, of which Butte County is a part, is collecting material goods for the victims and is also asking for donations to help recovery efforts.