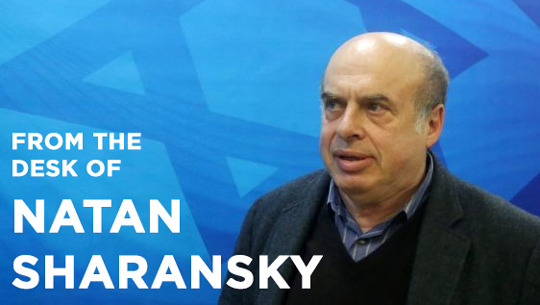 I am writing to share with you a very important development that occurred in the last few hours.

This evening, the Knesset passed an amendment to the 1952 Law on the Status of the World Zionist Organization and The Jewish Agency for Israel, which, along with the Covenant between the Government of Israel and The Jewish Agency, defines the organizations’ special status in Israel and expands their jurisdiction to engage in various activities in partnership with the government. This amendment is historic – the last time the Covenant was amended was in 1979.

The law and the Covenant originally referred only to activities such as Aliyah, absorption, and developing the new State of Israel. The Jewish Agency has since expanded its activities in response to the new challenges facing the Jewish people. Those activities, however, were not enshrined in the law or the Covenant, and on different occasions  the Jewish Agency has found itself facing various authorities who applied a strict interpretation regarding our ability to engage in those fields, which limited the ability of Israeli government ministries to contract with us as part of our longstanding special status.

The amendment passed this evening explicitly expands the ability of The Jewish Agency and the World Zionist Organization to partner with the Government of Israel not only in encouraging and facilitating Aliyah, but also in strengthening Jewish identity among Diaspora Jews, deepening ties to Jewish heritage in Israel and abroad, Israel experience programs, dispatching shlichim abroad, partnerships between Diaspora Jewry and Israel, Jewish education and Hebrew language instruction abroad, combating antisemitism and hatred toward Israel, and developing Jewish culture abroad, as well as other activities to be defined by the government. This amendment strengthens our position in Israel and presents new opportunities in all our fields of activity.

Josh Schwarcz, Secretary General of the organization, was the first to propose the idea of this amendment and stewarded it through the legislative process. MK David Bitan and MK Dr. Nachman Shai, the Co-Chairs of the Jewish Agency-initiated Caucus for Strengthening the Jewish World, jointly introduced it to the Knesset. This amendment then won the overwhelming support of the Knesset, the direct result of our efforts to build relationships with Members of Knesset from across the spectrum and introduce them to the unique work of The Jewish Agency around the world.