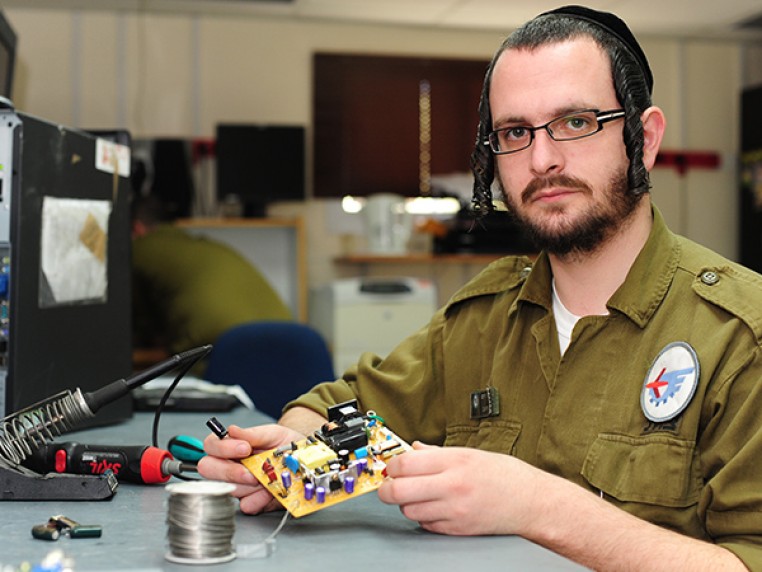 Like many young men in his ultra-Orthodox (Haredi) community of Bnei Brak, 23-year-old Yossi Rotenberg is married with children. A yeshiva student, Yossi was working part-time to boost his meager stipend, but it was never enough to support his growing family. He needed a change.

“I saw friends who left yeshiva and I didn’t want to end up like them,” Yossi says. “They bounced around from one dead-end, low-paying job to another.”

Through Shachar— “dawn” in Hebrew—Haredi men serve in the Israel Defense Forces (IDF) in roles compatible with their religious needs. They also receive vocational training in everything from electronics to computers to help them secure higher-quality employment after they finish their service.

It’s about self-sufficiency. Haredim are one of Israel’s fastest growing populations—and one of its poorest. By helping Haredi men gain a foothold in Israel’s vibrant economic life, Shachar is slowly changing that statistic. The program also provides career counseling and works with Israeli employers on sensitivity training to improve office communication. 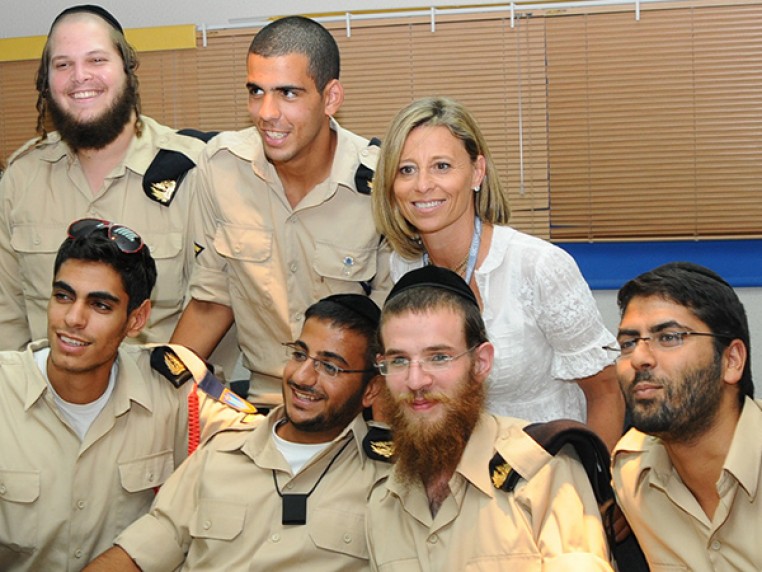 It’s also about cross-cultural connections. Serving in the IDF is a crucial shared experience for young Israelis—one more Haredim will be having following new conscription laws. Shachar provides a supportive framework that enables Haredim to serve their country while forging important social and professional ties with diverse Israelis.

Yossi joined the second class of Shachar in their communications track. Today, he’s the director of the help desk at Israel’s Ministry of Justice—and he’s already earned two promotions.

“Not only do I now earn more than I did before the army, but I also learned communication and high-tech skills,” he says proudly.

He’s in good company. Since 2007, 1,300 Haredim have participated in Shachar, and more than 85% of graduates are successfully employed.

Yossi now has great hopes for the future. He plans on pursuing a degree in management or engineering to become an IT project manager. As he explains, “Thanks to Shachar, I have become a professional. Now, I want to get the academic degree to back it up.”