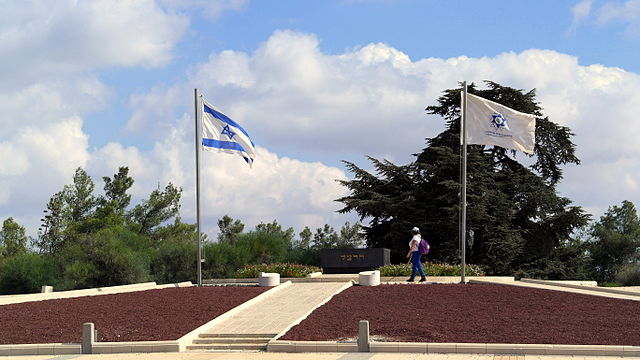 Your donation to Federation helps send young adults and teens like Eric to Israel for the first time.  These formative experiences empowers our next generation to discover their Jewish identity in meaningful, life-changing ways.

My Israel trip absolutely blew me away. It was so amazing that I can hardly sum it up on paper. I could give a whole story about my trip and why I loved it so much, but I'll save that for when I talk to you in person. I can say, though, that after being away for Israel for almost a month now, I've really grown to miss it and my friends I made there.

In my mind I didn't see my connection even though I'm Jewish, and even though I have family there. I felt like just another tourist. I felt distant from the people of Israel, their language, and the ways of their country. I found in time that I felt like that because I hadn't experienced enough things in Israel to actually feel any connections.

Though, after being in Israel for at least a month… It really ends up growing on you. Especially the people you meet there. When you meet the Israeli's makes you not want to leave. Learning with them and hanging out with them is just so much fun, I can't even explain it. Another thing I can't explain is Israel's impact on me and how it shaped me as a person after being there.

One place that really helped me understand and feel my connections to Israel would actually be Mount Herzl. That's the place where I actually found my connections to Israel. When my camp and I got there, we walked around and heard stories about fallen heroes and their contributions to the State of Israel. After we heard stories, we also got a small bit of free time to walk around and see the graves of soldiers that died most recently. There, I saw my cousin's last name written on a headstone. It wasn't my cousin, but my cousin did fight and pass away in the IDF a few years ago. I stood there at stared at that headstone for a minute, and then it hit me that I had family fight for Israel. That made me feel that a part of me was connected in the sense that when my family made sacrifices, I and my family back in The United States were there to back them up emotionally and supportively.

As I stood at the grave, my counselor came over to me and asked me why I was standing at that specific grave, so I told her I was thinking about my cousin and my family. I also told her that my cousin might be buried there and I wanted to know if I could come try and find him. She said that he's probably buried in a different location and we wouldn't have the time to try to look for him. I was kind of upset when she told me that because I really wanted to see my cousin’s grave, but instead, she took me and the rest of the kids to somebody else.

On our way out of the graveyard, we stopped to see the grave of Michael Levin. His grave was literally piled to the top with gifts and things of that nature. I knew who he was and what his story was about. Michael Levin was a Jewish "lone soldier" from The United States. He earned a ton of respect from Jews all over the world for what he did by making Aliyah and joining the IDF. His story to me was super amazing because of the contributions and sacrifices he made for Israel. I wished, though, that I could do something for Israel like that, but the army was not the place for me.

Our counselors had us raise our hands after we heard Michael Levin's story on who would join the IDF as an American "Lone Soldier". Some people raised their hands, but for the people that didn't raise their hands, like me had our counselors assured us that, that decision is okay. They told us that as Americans, we provide Israel with so much that they depend on such as donations and help from the US Armed Forces. That made me feel that the Israeli's really respected us as part of their family, and that also strengthened my connection toward Israel.

And as I said, over time I developed somewhat a bond and connection with Israel that I can't really explain. I'm glad I went and now I feel as if I can call Israel home.