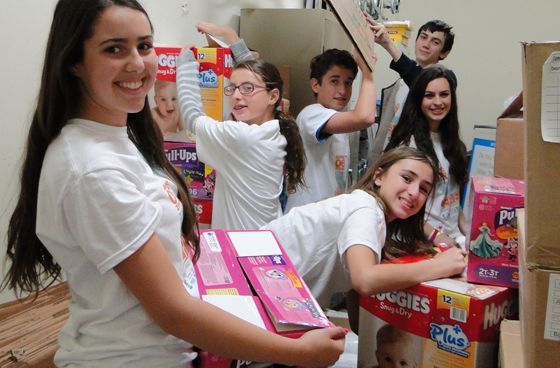 The Jewish Federation of San Diego County is thrilled to announce the launch of the community-based Center for Jewish Service Learning, a new initiative designed to catalyze more immersive and ongoing Jewish service learning opportunities for San Diego Jewish teens.

The initiative is supported by a matching grant of more than $3,000,000 from the San Francisco-based Jim Joseph Foundation. As part of the grant, a local Jewish Teen Volunteer Corps will be created and hosted at the Lawrence Family Jewish Community Center, Jacobs Family Campus, in La Jolla.

“The collaboration between the Federation and the JCC to develop this initiative has been inspiring,” says Larry Katz, past President of LFJCC, Teen Steering Committee chair. “We are excited about how this partnership will evolve as we continue to work with other teen engagement programs throughout the community.”

The effort for the grant in teen engagement is part of Federation’s Teen Initiative, which engages teens through volunteerism and learning. Caryn Viterbi, who also chairs the Teen Steering Committee, said of the grant,

“This initiative was designed to impact the entire community to move the needle on teens engaged in Jewish life.  It is the hope of the steering committee, and all those who helped design this initiative, that we will create many meaningful learning opportunities for teens to connect Jewishly.” 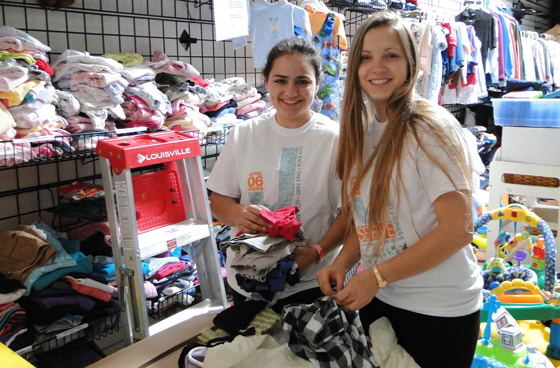 To deepen the quality of learning experiences offered, the Center also will provide educators and teen leaders with new skills to implement these programs and to connect teen participants to more Jewish experiences.

“The Jewish Federation of San Diego County developed a focused, thoughtful initiative that taps into the passion that Jewish teens have for service learning,” says Chip Edelsberg of the Jim Joseph Foundation. “We very much look forward to working with the Federation’s talented team as the Center for Jewish Service learning takes shape and engages more teens in Jewish life.”

The grant was awarded within the framework of the Jim Joseph Foundation’s Jewish Teen Education and Engagement Funder collaborative, comprised of national and local funders working together to expand and deepen community-based Jewish teen education and engagement.

The Funder Collaborative began two years ago following the release of the Jim Joseph Foundation’s report, Effective Strategies for Educating and Engaging Jewish Teens. Other grants within the Collaborative framework have been awarded to Combined Jewish Philanthropies of Boston; Rose Community Foundation in Denver/Boulder; UJA-Federation of New York; The Jewish Federation of Greater Los Angeles, and The Associated: Jewish Community Federation of Baltimore totaling more than $37.3 million. Over the next eight to ten years, it is projected that these initiatives will collectively reach and engage tens of thousands of teens in meaningful Jewish learning experiences. Total investment by the Collaborative’s end date over that same time period may reach as much as $70 million.