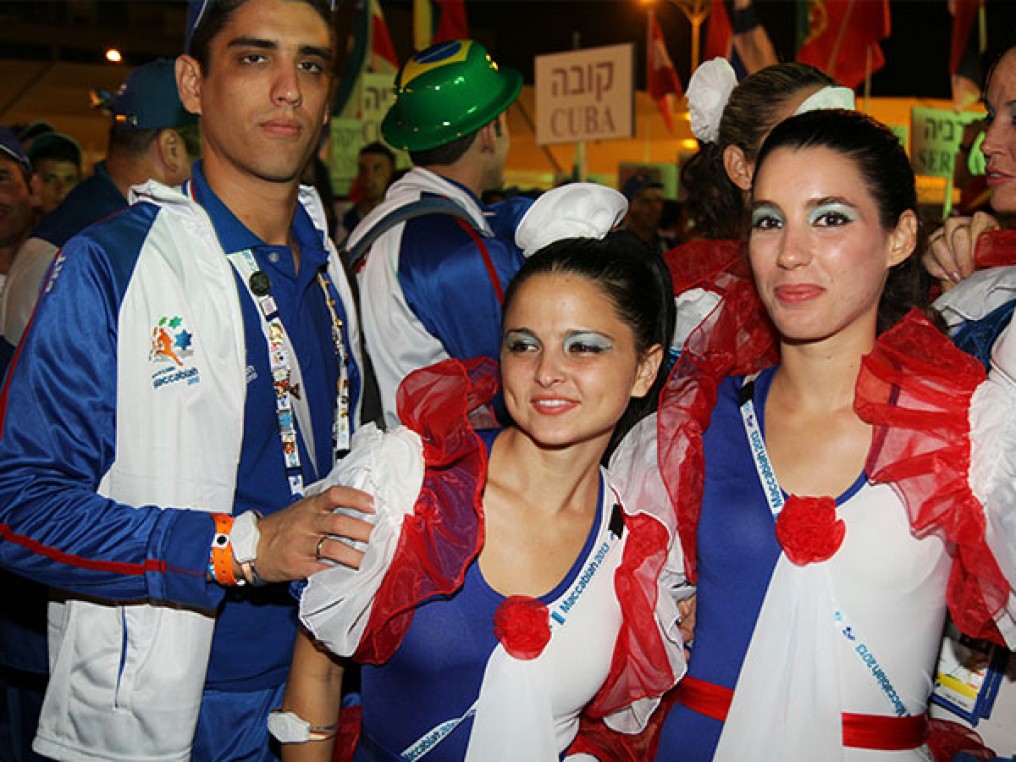 When you support Federation, you help us directly support the American Jewish Joint Distribution Committee (JDC) and their important work helping Jewish people all around the globe. Thank you for all that you do.

When 46 Cuban Jews traveled to Israel this summer to participate in the Maccabiah Games, it wasn’t just the first time the island nation had sent athletes to what’s been described as the “Jewish Olympics.” It was also a demonstration of Cuban Jewish pride.

A year in the making, the Cubans’ journey to Israel to participate in the Maccabiah Games was facilitated by the American Jewish Joint Distribution Committee (JDC). The agency, which is funded by Jewish Federations, connected World Maccabiah with the Cuban Jewish community and provided the necessary resources to help its athletes fulfill their dreams.

“For the first time, a very small Jewish community of 1,500 people participated in one of the biggest Jewish events the world over,” said Luciano Jaimovich and Alejandra Kotilar, part of JDC’s team in Cuba. “From the beginning, the goal was to bring home the medal of dignity, but the athletes surprised us with another five medals — an incredible accomplishment.”

Though some Cuban Jews have participated in programs such as the March of the Living and Taglit-Birthright Israel, the Maccabiah Games represented a new frontier.

JDC’s help was instrumental in preparing the Cuban Jewish athletes for the games. The agency provided services including food, uniforms and transportation, as well as a coach from Argentina who traveled to Cuba for 10 days of intensive training with the indoor soccer team.

By sending the Cuban Jewish athletes to the Games, JDC accomplished some of its most vital goals: helping people reconnect to their cultural heritage and find unprecedented strength as part of the global Jewish people.

After the success of their first trip to the Games, the Cuban athletes are looking forward to the next Maccabiah.

“With the spark left by the Games, all athletes are willing and excited to continue training and hopefully develop a new sports program for the Jewish community of Cuba,” Jaimovich and Kotilar said. “Perhaps, this may turn into the next program that will enhance social and cultural community life while rebuilding Jewish identity on the island.”