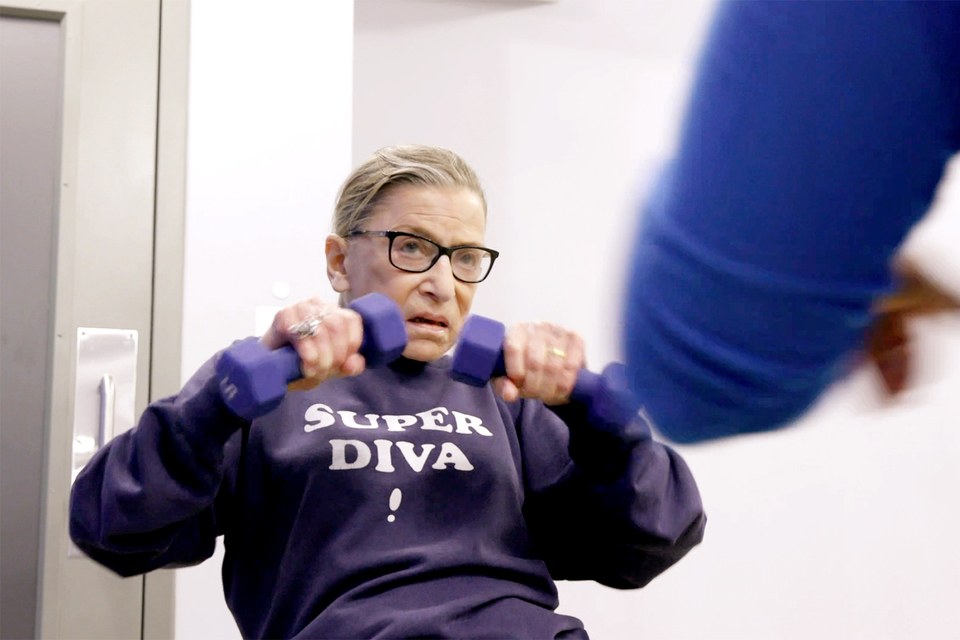 A scene of Ruth Bader Ginsburg in the documentary, RBG. Photo courtesy of Magnolia Pictures.

They arrived wearing robes—their daughters and granddaughters in tow—to watch the making of feminist-icon Supreme Court Justice Ruth Bader Ginsburg. From El Paso to Oklahoma City, Charlottesville to Nashville, audiences are turning up to see the new CNN documentary RBG on the big screen. Since its limited release on May 4, the film has grossed over $4 million on 375 screens. By Friday it will hit $4.5 million. (Only the 25 top-grossing docs of all time have crossed into double-digit numbers, with most staying under $1 million.)

“We are the documentary of the year,” said Neal Block, president of distribution for Magnolia Pictures, the indie outfit that acquired the film, with partner Participant Media, at the Sundance Film Festival. “I think the film is an incredibly profound statement about hope in America and people are responding to that.”

In a summer dominated by superhero movies, with little options available for the discerning moviegoer, RBG, from directors Julie Cohen and Betsy West, is providing a welcome respite. The film, produced by CNN, provides an intimate look into Ginsburg’s personal and professional life, from her decades-long work on gender equality to her 56-year love affair with her husband, Martin Ginsburg. (He passed away in 2010.) The film also delves into her cultural import, from her hip, “Notorious R.B.G.” moniker to Kate McKinnon’s irreverent portrayal of her on Saturday Night Live, (which Ginsburg later impersonated). And then there is the priceless footage of her lifting weights at the gym and planking like a woman 30 years her junior.

“This documentary gives audiences amazing access to the 85-year-old justice, which is a very unusual thing,” said Diane Weyermann, president of documentary films and television at Participant Media. “There is an intimacy here. You are just so close to the justice. The storytelling is resonating with people.”

At the O Cinema in Miami Beach, the theater organized a post-film discussion session with women leaders in the community. The Austin Film Society organized its own photo-op station in the lobby for audiences to pose in RBG garb, while the Belcourt Theatre in Nashville hosted “every high-profile feminist in town” on opening night and has since held receptions for different groups, from high-school film clubs to political organizations seeking to elect progressive women to office.

RBG opened in 34 theaters in 10 cities and grossed well over $500,000—with an unbelievable per-screen average of $17,000. Magnolia, which initially planned to expand to 125 theaters on Mother’s Day, instead added 145 theaters and grossed over $1 million that weekend. Its third week of release brought in an additional $1.2 million on 375 screens. The doc will be in 400 theaters this Memorial Day weekend. Magnolia just might get to its highest numbers ever with this film, thanks to the enthusiasm of women, both older and younger, who are showing up in droves. (Magnolia Pictures’s top-grossing film is last year’s documentary, I Am Not Your Negro, which earned over $7 million in total box office and was nominated for an Academy Award.)

“The film’s performance has encouraged exhibitors who wouldn’t normally play a doc to take a chance,” said Block, adding that the film should perform well during the next two weekends until the new Mr. Rogers documentary Won’t You Be My Neighbor opens, posing new competition. “I think our core run of 75-100 theaters will be able to hold on through the end of July and into August.”

The RBG movement will not end when the days shorten. While Justice Ginsburg, herself, keeps making news with her fiery dissents from the bench—on Monday she took the uncommon step of reading aloud her dissent on a controversial ruling that favors employers over employees in arbitration proceedings—another group of filmmakers under the Participant Media banner are tackling the icon’s roots in a feature film starring Felicity Jones and Armie Hammer as Ruth and Marty Ginsburg. From director Mimi Leder (The Leftovers), On the Basis of Sex tackles the early days of Ginsburg’s career, from her admittance to Harvard Law School as one of nine women enrollees, to the first case challenging gender-equality statutes. The film opens November 9 and Participant, Jeff Skoll’s production company that eyes projects with social messages, plans to use the momentum they’ve created with RBG to help lure audiences into On the Basis of Sex.

“When we do campaigns, we love to have them live beyond one particular film,” said Weyermann. “It was a great opportunity to start our campaign [on gender-equality issues] with the documentary and follow it into the narrative film this fall.”

The company is levying its relationships with the A.C.L.U., law firms across the country, and other progressive organizations and corporations to get audiences excited about this RBG moment, especially some of those super-fans who are depicted in the film, and those hoping to use the message of the doc to motivate those fighting for social justice. In the end, though, it’s the petite, soft-spoken powerhouse who is the ultimate lure.

“This is an example of a film coming out at exactly the right moment,” said Weyermann. “The cultural zeitgeist is embracing this film, this message, and this individual. We saw it before with An Inconvenient Truth and we are seeing it again with this. She is a true superhero and people are celebrating that.”

By Nicole Sperling for Vanity Fair